As I indicated in my post yesterday (Friday), I have several episodes of Paradise Hills recorded, edited and queued ready to go on YouTube.  I also have a few more episodes I plan to record this weekend.  However, starting Tuesday 25 October (as soon as FS17 downloads to my PC) I plan to begin a brand new series with Farming Simulator 17 on the brand new Goldcrest Valley map.  Until then, I plan to release an episode each day for Paradise Hills until all have been released.  I hope you enjoy.

I know in previous episodes of Paradise Hills I spoke about the possibility of continuing the Paradise Hills series and continuing game play on FS15 due to the lack of immediate mod support for FS17 in the coming weeks/months.  However, over the past few days I’ve watched many hours of FS17 game play from those lucky enough to be named preview partners to know that I really don’t think I will have much desire to go back to FS15.  I truly believe based on what I’ve seen from my own two eyes that FS17 is awesome and Goldcrest Valley will keep my very busy until such time as new mod maps are made available.  Plus…mods are already starting to become available and it’s only a matter of time before even more truly great mods are made ready for FS17.

TGIF!  And thankfully this is the LAST Friday before the release of Farming Simulator 17.  The game play videos I’ve been watching on YouTube and Twitch have been amazing.  While haters will hate, ignore anyone who tells you that FS17 is just a carbon copy of FS15.  FS17 is very much different from the two year old FS15.  Tuesday can’t get here quick enough.

In this episode we plow and cultivate field 5 to create our new orchard.  I’ve also made some new changes to the opening slides of the video with adding royalty and YouTube safe music.  I hope you enjoy and I hope you’ll continue to watch my videos.

As this is the 14th video I’ve released on a consistent Monday – Friday schedule, I’m planning to release a new video both tomorrow (Saturday) and Sunday along with new videos each day next week.  Over this upcoming weekend, I’ll most likely start the process of winding down life on Paradise Hills and FS15.  I plan to start recording content on Goldcrest Valley (FS17) on Tuesday and that will become a brand new series on my YouTube channel.  As I struggle to walk and chew gum in my older years, I probably won’t be able to juggle multiple maps, especially across multiple farming sim versions.  I have a feeling that once I start playing FS17 it would be near impossible for me to go back to FS15.  Plus I believe the Goldcrest Valley map will keep me busy until new modded maps start to become available for FS17.

Once again, thank you so much for watching my videos and your continued show of positive support to my new channel.  I really appreciate it.

In this episode on Paradise Hills, we deliver milk to our milk buyer and drop it off in their milkmax homogenizer.  In this episode, I discover an issue towards the end where I couldn’t figure out how to pump the milk from the homogenizer.  I figured the issue was caused by an old mod of these Kotte Universal tankers.  I’ve downloaded the correct mod and all is working.  I’ll demonstrate this in a future episode.

Before I close this post out, yesterday I watched a few FS17 preview streams.  If you’ve read some of my blog postings in the past few days you know I’ve been really excited about the release.  You also know that I’ve said that FS17 is MUCH MORE than just a copy/paste or re-issue of FS15.  After watching about 3-4 hours of FS17 preview streams, my feelings regarding the differences between FS15 and FS17 were proven to be absolutely TRUE.   Of course, I’ll a more in-depth review of FS17 once I’m able to dive into my own game play.  But if you’ve been somewhat on the fence in your decision making process, wanted to wait until FS17 comes out….etc. etc.  Why wait?  Pre-order today so you can join in on the fun on Tuesday.

Enjoy the video and Thank you for watching.

Episode twelve includes the second day of activities for game day 5.  We start off mowing, start up our sheep operation and move compost to the greenhouse site.

As we are now officially less than one week away from the release of Farming Simulator 17, I’m really starting to get excited and yes, even a bit nervous.  I plan to record FS17 from day 1, minute 1 and hope my mistakes are few and far between.  Giants has done an outstanding job promoting FS17 the past several weeks.  The information in the past few days has simply re-assured me that FS17 is MORE than just a re-skin of FS15.  I think one new changes I’m most excited about is the “Tip Anywhere” feature.  But there are so many more.  I’ll be honest and admit it’s somewhat hard to take in all the many cool changes and I’ve even forgotten some….but that will just make it even that more special when I begin digging into FS17 on Tuesday, 25 October.

As always, thanks for reading my blog and thank you for watching my videos.

The eleventh edition of our virtual farming adventures on Paradise Hills continues with performing various field tasks and also planting a new field in soybeans.  Please note, I am aware I should have used a different style planter.  It was sort of a last minute decision on what crop I decided to plant, I selected soybeans and didn’t realize my error until later.  But….no puppies will be harmed as a result of my error and I’m not going to sweat the small stuff.  I hope you enjoy!

Finally, I would just like to say “Thank You” to all who have watched, liked and subscribed to my channel.  I’m having fun making these videos for you to enjoy and look forward to the next chapter (that being FS17) which by the way, releases ONE WEEK TODAY!!!! 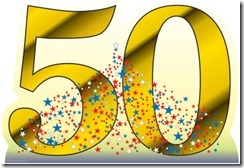 The number 50 is a pretty special number for me in many ways.  I turned the BIG 5-0 just a few weeks ago, but even more important….my little YouTube Channel has officially reached 50 subscribers.  Because of this, I’m extremely happy.  Actually….I’m ecstatic.  I truly am!  Yes, I know the number 50 is still very small compared to some YouTube channels.  I know I have so much to learn and I need to really polish, polish and polish some more to get anywhere near the level of quality as those YouTube virtual farmers I truly look up to and admire.  I truly thank each and every of the 50 individuals who took the chance and subscribed to my channel and will work very hard to improve and make you all proud to be the first fifty.

A very special “Thank You” to Mike (Reefy1952) who (unbeknownst to him) serves as my mentor and personal inspiration.

As we continue together over the next several days, weeks and months….I will strive to do my very best and work hard to keep each of you as subscribers while hopefully gaining even more.

It’s Monday!  We’re just a smidge over one week before the release of Farming Simulator 17.

A farm (even a virtual farm) is not a farm without cows.  We’ve worked hard to bring all the important elements together to start our dairy operation. This has included collecting straw, mowing/collecting grass, producing silage and of course mixing all that together to create that magic TMR.

I hope you enjoy episode ten and will return once again tomorrow for episode eleven.  Please leave a like and even consider subscribing to the Grizzly Bear Sims YouTube channel.  I appreciate it.

TGIF!  Less than TWO weeks to go until Farming Simulator 17 releases.  Can you believe it?  I’m getting more and more excited.  How about you?

Today I’m bringing you episode nine of my Farming Simulator 15 series on the awesome Paradise Hills map by Stevie.  Even if you have plans to ditch FS15 on the day FS17 releases, you should still consider downloading and experiencing Paradise Hills for yourself.  You can find the latest version of Stevie’s Paradise Hills on PC-SG.  Not a member of PC-SG?  You should correct this oversight today!  The PC-SG community is growing and we welcome you to join us, sit back and enjoy the conversation.

Yes…today is Friday and I have the ninth episode of my Paradise Hills series to present to you.  In this edition, we start off planting some barley and eventually do a little mowing.  I hope you enjoy this video.  If you do, I would appreciate you taking just a few seconds of your time to “Like” it and also please consider clicking the Subscribe button as well.  I really appreciate it.

I hope you all have a wonderful weekend and I’ll return on Monday with episode 10.

Have I said how much I’m enjoying making these videos?  Yea…I think I have.  Sorry about repeating myself….but this is a fun extension to the game/hobby itself.  Episode eight of my farming adventures on Paradise Hills starts off with our daily field tasks of spraying and wraps up with beginning the process of getting our greenhouses setup.

Thanks again for watching.  Please consider leaving a like and if you haven’t subscribed, I would appreciate if you would hit that subscribe button.  Thank you!

I realize for the past week or so, just about all my content I’ve published via this blog has to do with my “Let’s Play” series on Paradise Hills.  I’m truly having so much fun recording my game play from this map and making it available via my YouTube channel.  This is something I plan to continue on a regular basis with the launch of Farming Simulator 17 less than two weeks away.  But I also have a long list of FS15 mods that I also want to share and I plan to continue showcasing FS15 mods even after the release of FS17.  At least for a short period of time.

The mod I want to showcase today is the Trailer Sounds mod.  This mod is pretty much exactly as it sounds, when pulling a trailer you’ll hear the typical noise you could expect.  I’m talking about the creaks, pops, bangs and clangs.  This mod might not be for everyone, but since adding it…I do enjoy it.  It matches up well with the newly added “brake sounds” tweak which is easily done if you use the Drive Control Mod.  You can learn more about the brake sounds tweak by joining the PC-SG Simulation Gaming group and viewing this post.

If you are interested in adding some creaks, pops, bangs and clangs (along with tire sounds) then continue reading.

The Trailer Sounds Mod is available here.  I have personally downloaded, installed and tested this mod.  The mod works and I use it on all my maps.