I learned a long time ago to never….absolutely never say never.  Yes, my friends.  I broke down and pulled the plug and purchased the PMDG Boeing 737-700.  Yes, I had previously stated that I had no interest in the –700 since the virtual airline I’m involved with is an American Airlines based VA and American only flies the 737-800.  While we have codeshare airline agreements with Alaska (who do still operate the –700) and most recently GOL Airlines (who also operate the type), the main reason I pulled the trigger on the PMDG 737-700 was mainly due to the desire to fly the PMDG in MSFS.

After having exclusively used the awesome Fenix A320 in MSFS for the past several months (since its release day) and flying over 100 flights, I was seriously missing flying my PMDG.  One morning I fired up P3Dv5, loaded up the PMDG 737-800 and departed DFW airport.  Almost immediately my eyes said NO…Stop This Maddness!  I was quickly reminded as to the many reasons I enjoy the hobby of flight simulation so much.

While P3D has provided me years and thousands of hours of flight simulation enjoyment.  It just no longer ticks all the boxes for me from a visual eye-candy perspective.  But with the delays in PMDG bringing their 737-600 to market and knowing the 737-800 could still be several months away from release, I just needed to have a PMDG aircraft in MSFS.

I quickly killed the flight, rebooted my PC and purchased and downloaded the PMDG Boeing 737-700 for MSFS and installed an American Airlines livery.  I loaded it back up in DFW and departed towards my destination.  While American Airlines never operated the –700, my VA allows for this aircraft substitution and the value in having it and flying it outweighs the fact this is an entirely fictional aircraft for AAL. 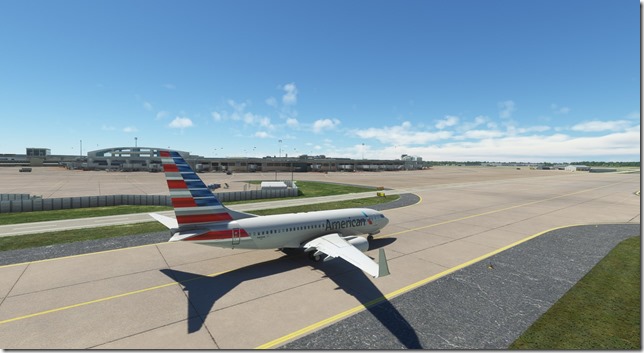 Since that first day a few weeks ago, I’ve flown over a dozen flights in the –700 and mostly love the experience thus far.  I say mostly, only because I do still believe in the current state (version 3.00.00.25) the Fenix A320 is a more complete aircraft….but the PMDG 737-700 is still very much fun to fly and only lags behind by a very small percent (in my opinion). 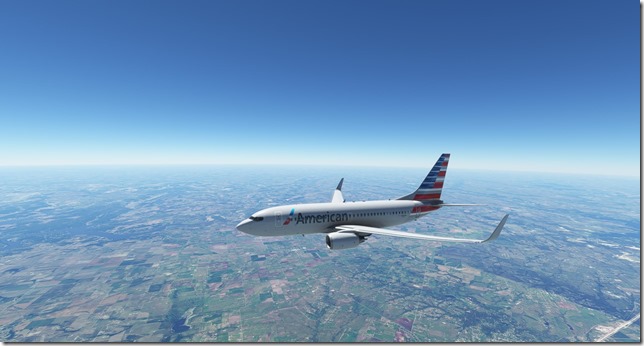 Now I have absolutely no plans to purchase the 737-600 which could be released any day now.  While according to PMDG news updates, they are working on the 737-800 in tandem with the –600 and Robert Randazzo even stated the –800 could be ready to release at the same time or even ahead of the –600.  I know from a business perspective, PMDG will most likely release the –600 first and then after some delay the –800 will release.  Otherwise, if PMDG releases the –800 ahead of the –600, then the sales of the –600 will be very minimal.  Most likely the sales of the –600 will be minimal anyway compared to that of the –700.  Personally, I believe PMDG should have followed their strategy from P3D and released the –600 as an expansion for the –700 and then release their –800 with an expansion to the –900.  But I digress…

In any event, I’m absolutely loving having both the Fenix A320 and the PMDG 737-700 in my virtual hangar for Microsoft Flight Simulator.  While I do miss my PMDG 777, PMDG 747 and the QualityWings 787…the time I have available for flights at this moment somewhat limits me to the shorter-haul flights which the A320 and B737 are designed for.  I know in time these other awesome aircraft will one day be available in MSFS.

What are your impressions of the PMDG 737-700 for MSFS?  I’d love to hear them in the comments.