Hello once again and thank you all so much for taking the time out of your busy schedule to read my blog postings.  I truly appreciate it.  With each leg completed, we’re getting closer and closer to reaching our final destination and of course where it all started waaaaaaay back in early June.  I’m still hoping to complete the tour either slightly before or around the same timeframe the official WorldFlight 2018 tour will be completed.  Keep in mind that what has taken me, or should I say will take me five months will all be done in about a week.  Let’s get started with this tour update. 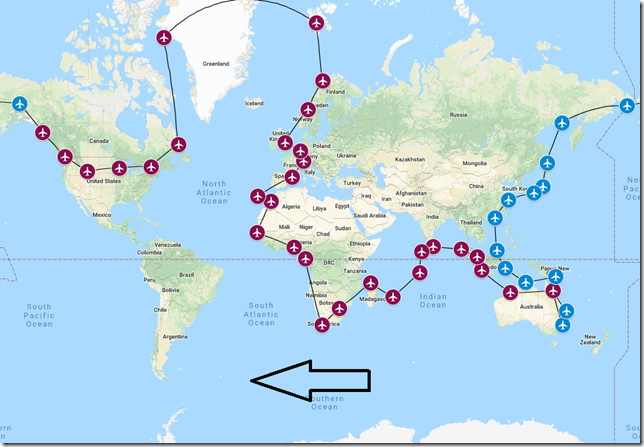 Fairbanks is the largest city in the interior region of Alaska with a population of 32,751 within the city proper and over 100K in the greater Fairbanks region which makes it the second most populous metro area in Alaska after Anchorage.

Fairbanks International Airport is a state-owned airport located three miles southwest of the central business district of Fairbanks, Alaska. Fairbanks is the smallest city in the United States with non-stop service to Europe via Condor Airlines and their weekly flight to Frankfurt during the summer season.

Alaska Airlines is an American airline headquartered in Seattle, Washington. Founded in 1932 as McGee Airways and offering flights from Anchorage. Today, Alaska Airlines has flights to more than 100 destinations in the contiguous United States, Alaska, Hawaii, Canada, Costa Rica and Mexico. 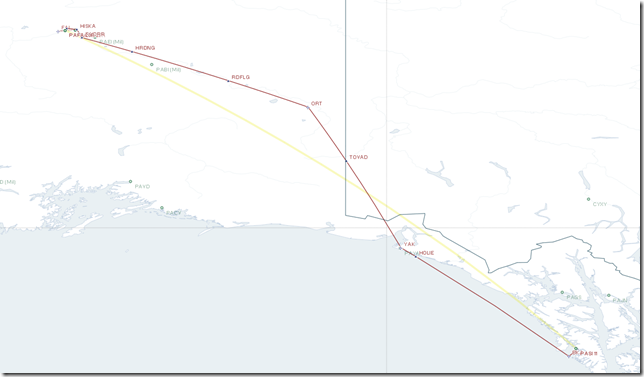 Our group spent a few extra days in Sitka (as planned) and are now ready to fly to Fairbanks.  Our stay in Fairbanks will be flexible.  We have a confirmed two full days for sure, but will be keeping an eye on the weather for our next destination due to a short runway and no ILS.  Meaning, we’ll need good weather conditions for landing.  However, no need to worry about all that now as we still need to fly from Sitka to Fairbanks.

We’re getting right into the action and have taxied our Boeing 737-800 in Alaska Airlines livery out to the active runway and are just awaiting take-off clearance. 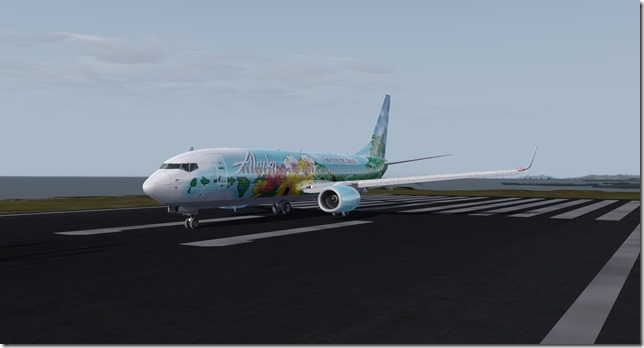 With our take-off clearance granted, we’re off. 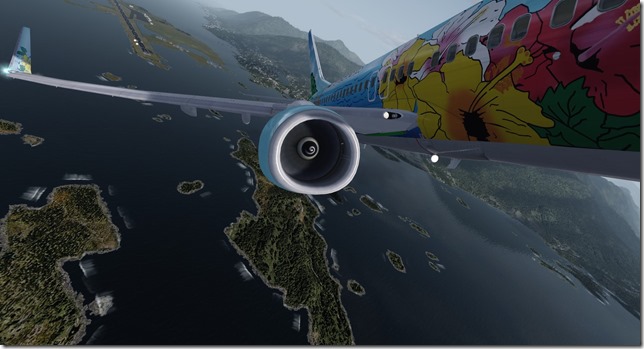 Making our turn to the northwest to resume the departure course out of Sitka. 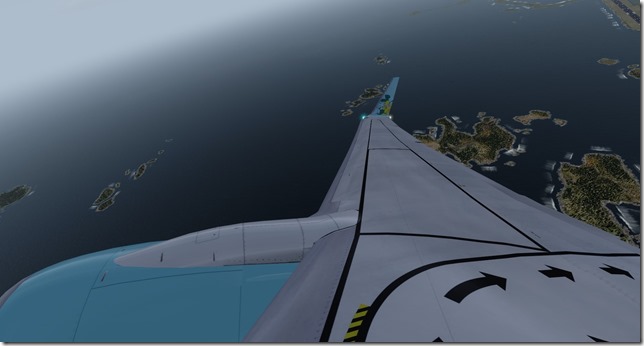 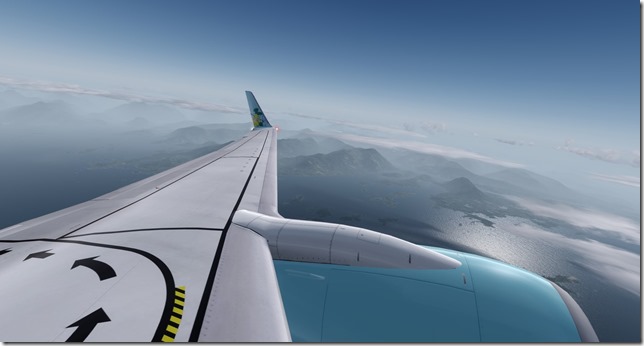 We’ve reached our cruising altitude and on our way to Fairbanks. 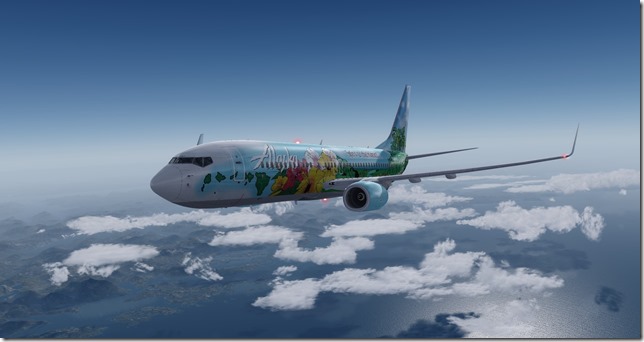 The weather is quickly changing as we’re descending into the Fairbanks area. 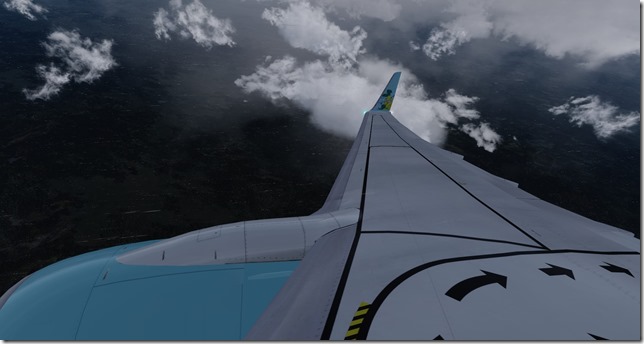 We have a mix of rain and light snow in the area. 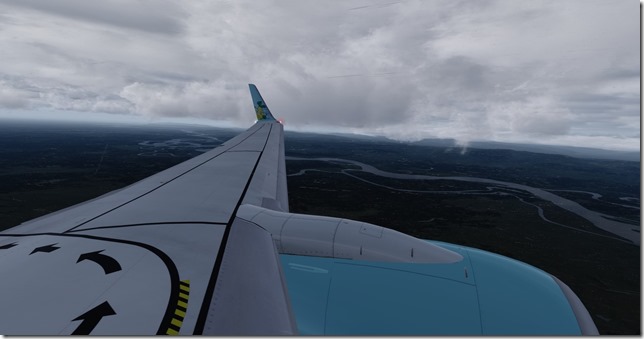 On final with runway in sight. 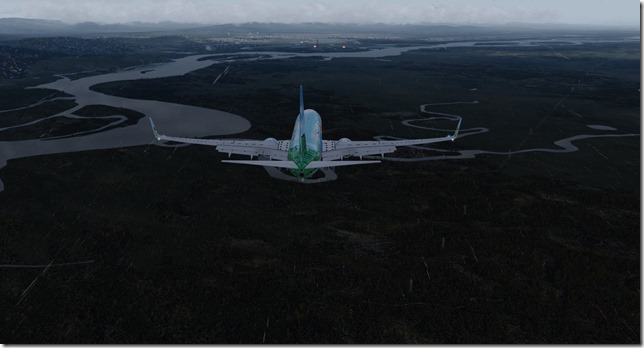 We’ll be on the ground shortly. 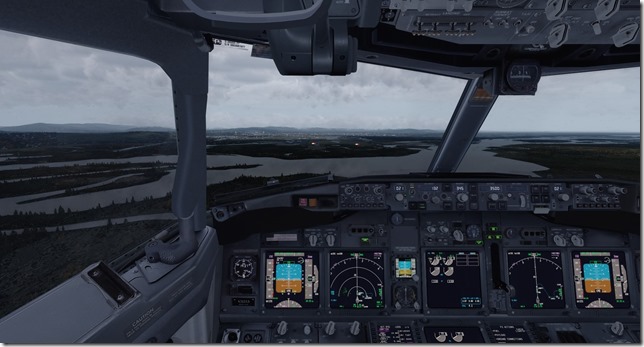 My apologies as some how the screenshots taken on the ground in Fairbanks didn’t save.  But we’re here and our travelers will soon be taken to the hotel.  We’re monitoring the weather for our next destination which is Provideniya Bay, Russia.  We’re fairly certain we will need to stay at least one extra day (perhaps two) in Fairbanks as we wait out better weather.  But hey, our travelers will have plenty to do to keep them entertained.  See you next time.