As our travelers depart Greenland to begin the North American segment of our 2018 WorldFlight tour, in the real world my wife and I will be spending our last day/evening in Tunbridge Wells, Kent, England.  Tomorrow (9 Sept) we will head into London and London Heathrow for our British Airways flight back to Denver.  Just as a reminder, I’m writing these updates before even leaving on vacation.  At the time I’m writing this update, it’s about two and a half weeks before we leave.  Upon returning, I’ll be sure to fill you all in on the vacation trip.  My plan is to continue flying these tour legs and writing up the blog postings until we leave, so hopefully by the time we actually leave the US for Belgium, I’ll have completed most of the North American flights, this way I have a bit of a buffer where I can ease back into my work life (which will be busy), but continue to keep these flight updates coming to you on a regular basis. 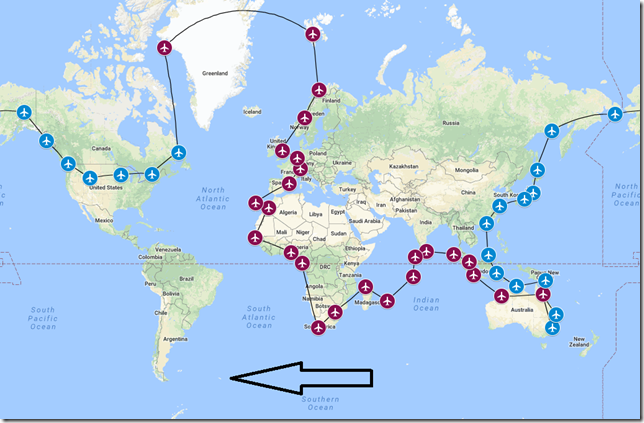 Located in the central part of Labrador on the coast of Lake Melville and the Grand River, Happy Valley-Goose Bay is the largest population center in this region of Canada.

Goose Bay, is a Canadian Forces Base operated by the Royal Canadian Air Force, but also has shared use operations with several civilian airlines.

Air Transat is a Canadian low-cost leisure airline based in Montreal, Quebec operating both scheduled and charter flights serving 63 destinations in 30 countries. 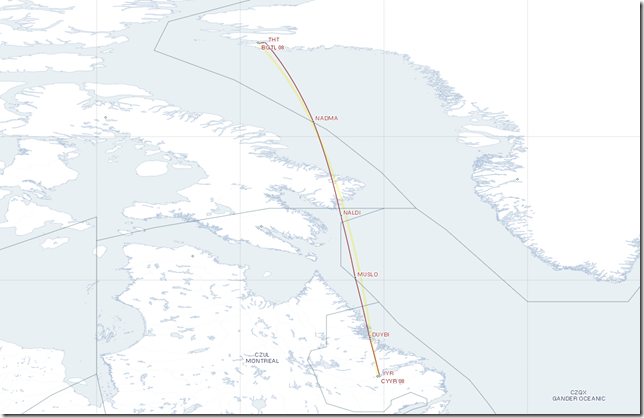 Our travelers began their world tour way back on 6 June when we departed Sydney, Australia and with another two months ago they are just a little over the half-way mark of their trip.  This leg will start the North American tour segment and will have them visiting three different airports in Canada, two airports in the lower 48 of the United States and two different airports in Alaska before heading to Russia, Japan and China as we make our way back down under to our starting point of Sydney.  We’ve shifted our schedule slightly and will have another tour break once reaching Jackson Hole, Wyoming and another shorter break in Sitka, Alaska.

We’re all present and accounted for, so let’s get started.  Our journey today is just over 1,400 miles and we should land in Goose Bay just before the sun sets. 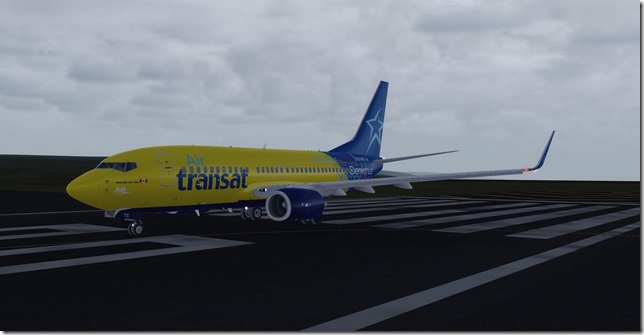 Goodbye Greenland!  You were a wonderful host. 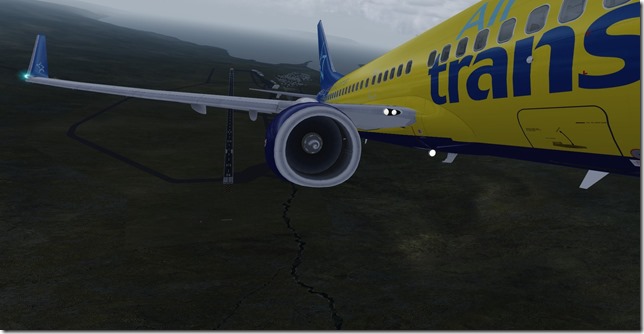 A cloudy departure out of Greenland. 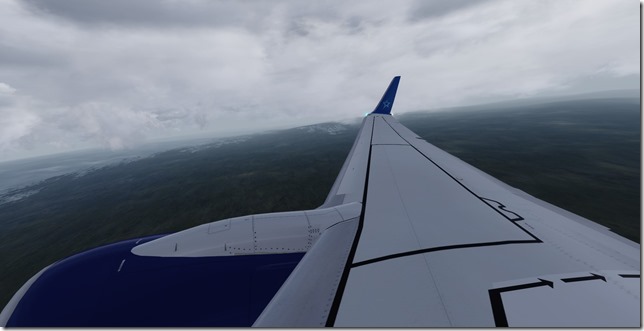 A little bit bumpy as we climb out. 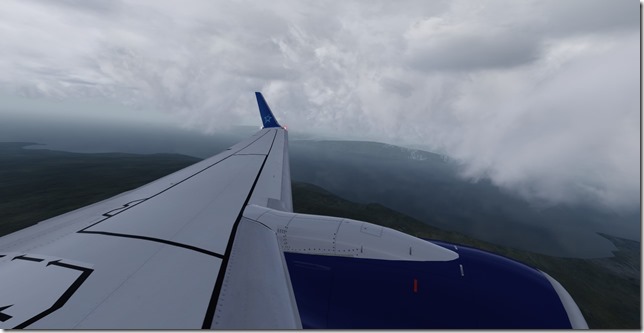 A much smoother ride at our cruising altitude of 38,000 feet.  Our Air Transat B737-700 is one of the more colorful liveries we’ve had thus far. 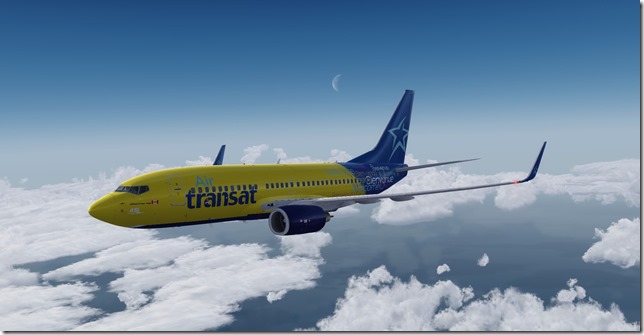 Almost to our destination.  The Grand River just off our right wing.  We’ll see that again shortly. 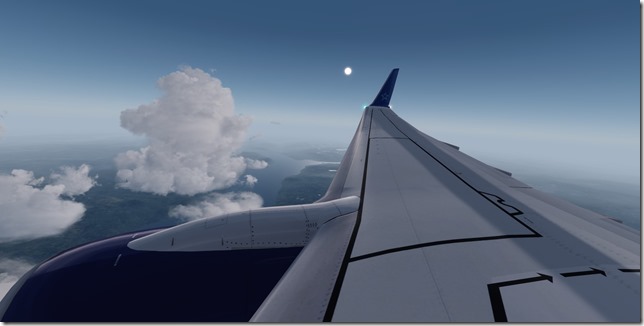 Making our turn to final. 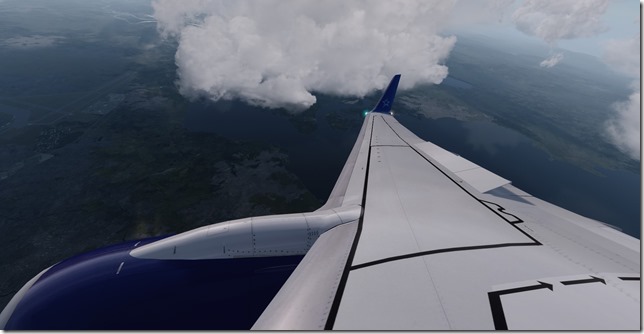 Once again, the Grand River as we’re on final approach into Goose Bay. 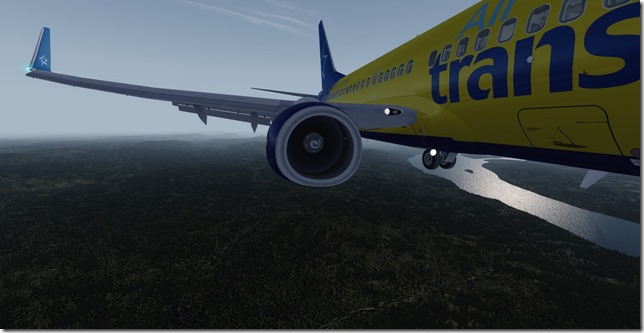 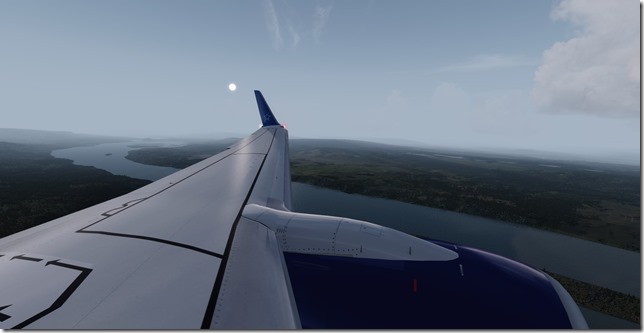 Clear to land as we fly over the Grand River once again. 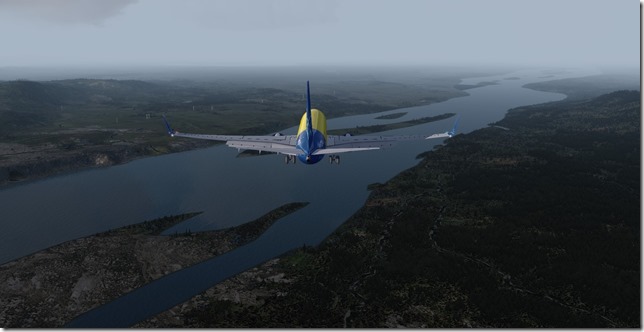 Parked up and awaiting the bus who will take our travelers to customs and then on to the hotel.

Another long, but exciting flight is in the logbook.  Our stay in Goose Bay will be brief.  Soon we’ll depart for Ottawa.  I hope you’ll join us as we continue our 2018 WorldFlight Tour.