As we begin this leg of the journey, we find ourselves on top of the world.  As mentioned in the last update, our final departure location in Norway is the highest point in the northern hemisphere we’ll visit.  We were going to take another week-long pause, but our travelers wanted to to delay that until we reached North America.  The group took a vote and all agreed to take that week long pause once we reach Jackson Hole, Wyoming.   This will allow them more time to spend in the mountains.  So the plan is to add a few extra days to the stay in Jackson Hole and a few extra days once we reach Vancouver.

Unfortunately, as you are reading this posting….our European vacation is almost coming to a close.  We’ll be flying back to Denver on the 7th and will have two days to re-acclimate back to the USA time zone before returning to work on Monday, 10 September.  I’ll make sure to tell you all about my vacation, the flights and all the wonderful food I’m sure we’ve enjoyed the past two weeks.  But for now, let’s get started with the tour update. 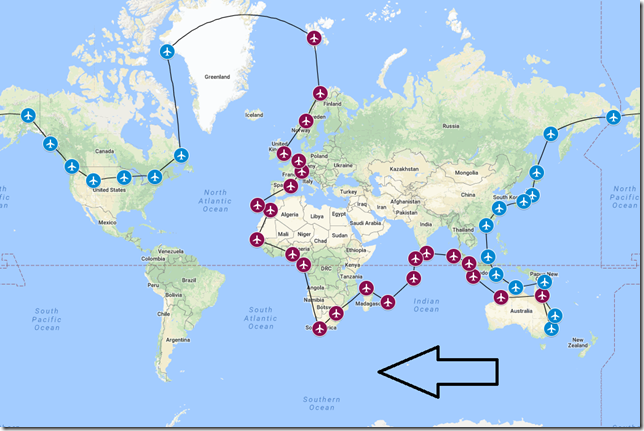 While not technically a city, Thule Air Base is a United States Air Force base located 750 miles north of the Arctic Circle and 947 miles from the North Pole on the Northwest side of Greenland. Thule Air Base is the US Armed Forces’ northernmost base. This is the only place on earth where four active glaciers join together.

Greenland is an autonomous constituent country within the kingdom of Denmark located between the Arctic and Atlantic Oceans. Greenland is the world’s largest island. While Australia and Antarctica are larger, they are generally considered to be continental landmasses rather than islands. Greenland has been inhabited off and on for at least the last 4,500 years by arctic peoples whose forebears migrated there from what is now Canada.

Icelandair is the flag carrier of Iceland and headquarted at Keflavik International Airport. As of April 2018, Icelandair operated scheduled services to 48 cities in 16 different countries on both sides of the Atlantic Ocean. 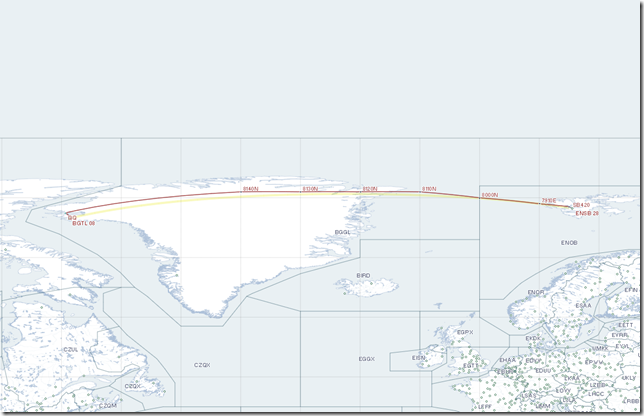 Over the course of the past several months, our travelers have been exploring two dozen different cities in 19 different countries within Eurasia.  This leg will transition us over to the North American segment of our tour where after departing Greenland, will visit three cities in Canada and four cities in the United States before heading back over toward the Eurasia side of the world.  Up to this point of our tour, we’ve traveled just under 20,000 miles, spent approx. 57 hours flying and have burned more than 350,000 pounds of jet fuel.

Our flight today is just over 1,000 miles and we’ll be flying an Icelandair Boeing 737-800.  Our travelers have arrived and are both ready and anxious to board and continue their jouney. 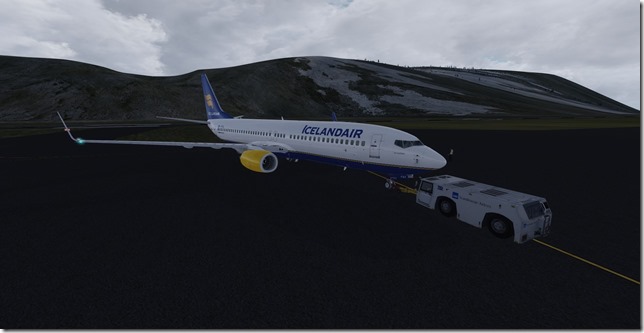 The great thing about these smaller airports is the short taxi ride out to the active runway.  From completion of pushback, we can often be lined up and ready to go in 5-10 minutes.  Some larger international airports the taxi ride can be 20+ minutes if not longer. 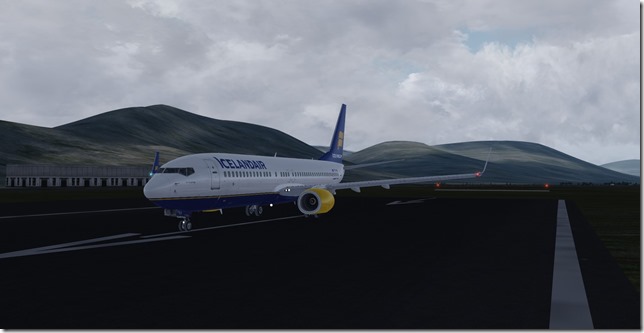 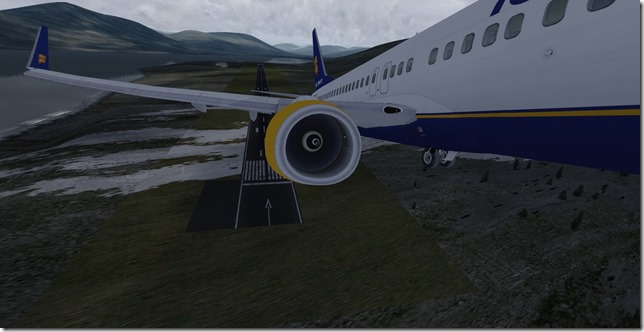 Goodbye Norway, you’ve been a most excellent host. 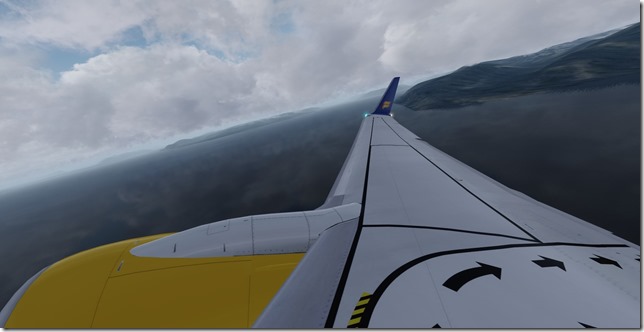 Climbing out on the departure route. 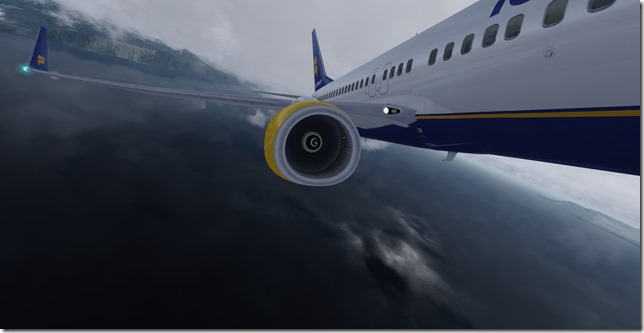 Climbing up to our cruising altitude of 38,000 feet. 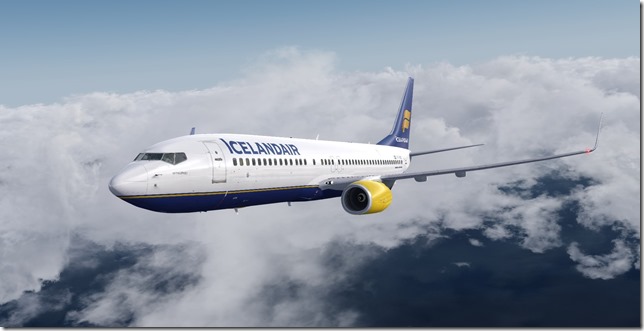 The eastern coast of Greenland just off the left side. 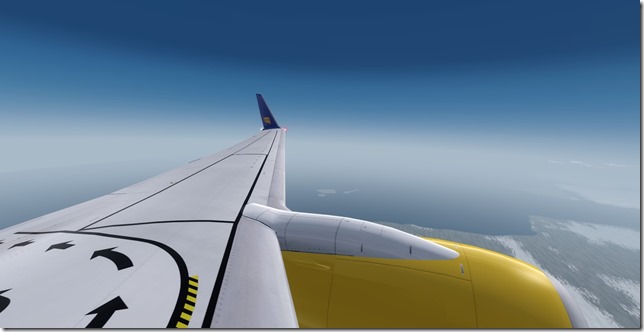 I’m sure there’s some green below. 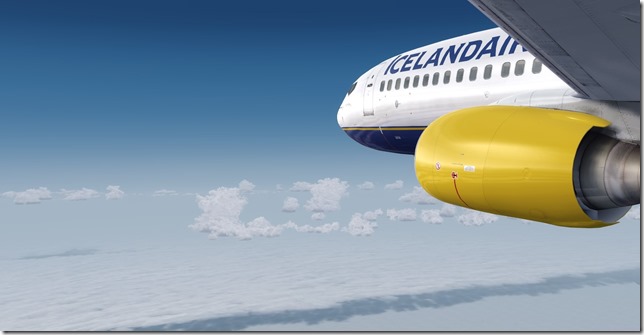 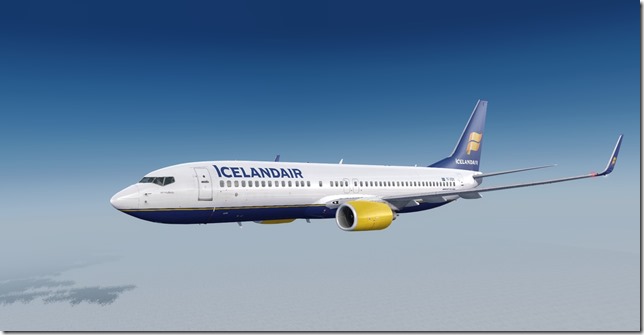 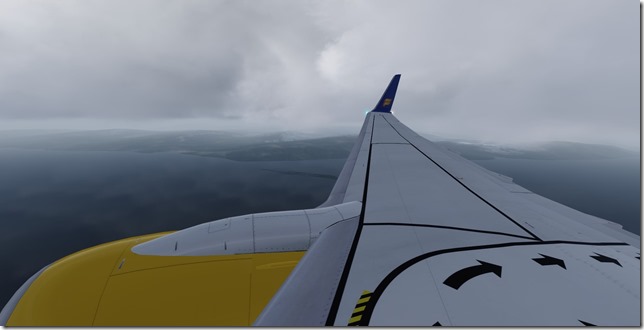 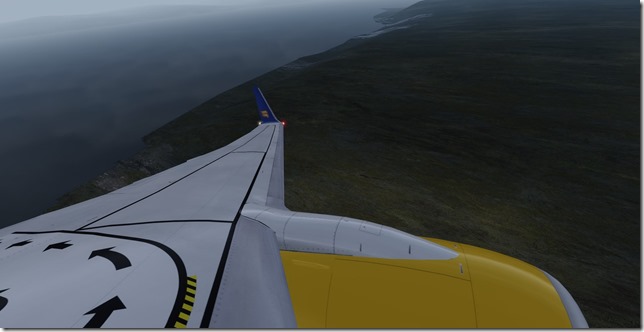 On long final with the runway just appearing in the distance. 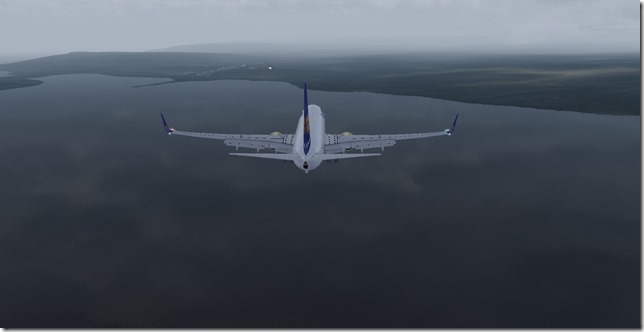 C is for crosswind and we have a strong one. 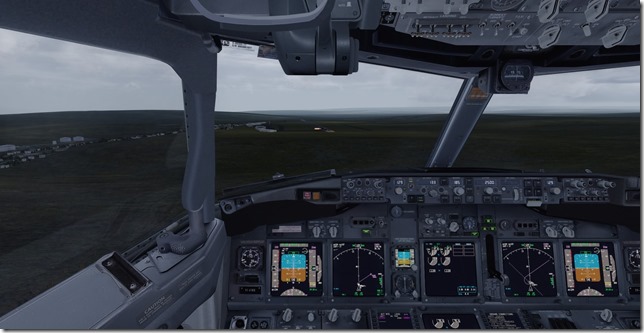 Another fantastic flight is officially in the logbooks.  Our next flight is another long one at 1,400 miles.  We’ll be flying the Boeing 737 once again as we fly from Greenland down to Goose Bay, Canada.  I think it’s time for me to say those three words….