As the title reads, this is our 23rd leg of our 46 total leg journey around the world using the WorldFlight 2018 route schedule.  Upon completion of this flight, we will have reached the half-way point for our long, long journey.  As a reminder, as you are reading this on or around the 29th of August….My wife and I are still in Belgium and will be departing Antwerp in just a few days time to fly back to London.  Once reaching London, we’ll spend a week in the English countryside in the county of Kent.  As I write this in early August, I’m really excited about our trip…but still really busy with work.  But the days seem to be flying by at a fairly good pace and I’m sure I’ll get everything done that truly needs to be done before vacation starts. 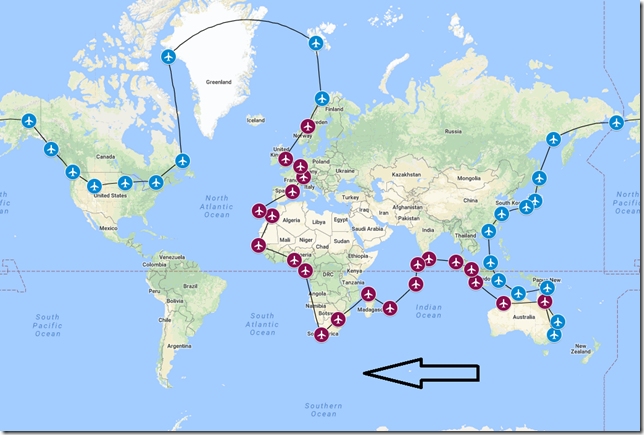 Established in 1838, Tromso has a population of approx. 64,376 and is the 9th most populous municipality in Norway. It is the largest urban area in Northern Norway and is warmer than most other places due to the warming effect of the Gulf Stream.

Scandinavian Airlines, usually known as SAS is the flag carrier of Sweden, Norway and Denmark and operates out of its main hub at Copenhagen-Kastrup Airport with connections to over 50 cities in Europe. 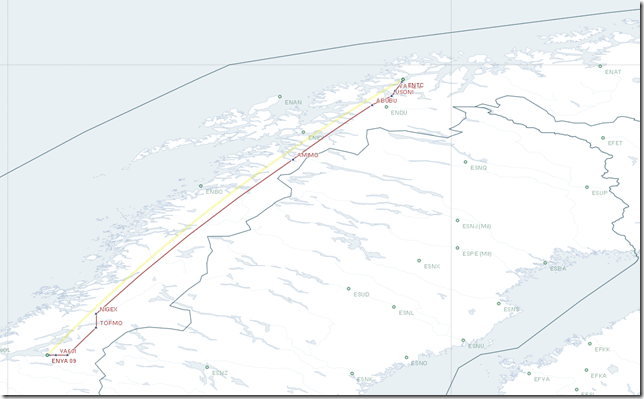 Not only has the Norway experience been a nice one for the flight crew, our travelers are also finding the Norway experience awesome as well.  Our group spent a few days exploring and now it’s time to move onto our second of three Norwegian cities on our tour.  Once again we’re departing in the late evening.  It’s nearly 9 PM and if not for the cloud cover, you might think it was only late afternoon. 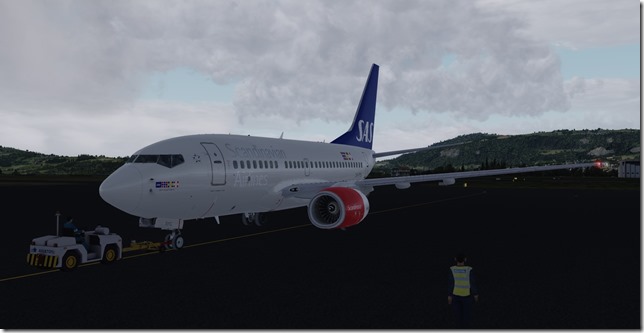 Lining up and waiting for our take off clearance.  For this flight we’re moving a Boeing 737-600 up to Tromso.  The last time we flew this variant of the 737 was the JANET flight out to Diego Garcia. 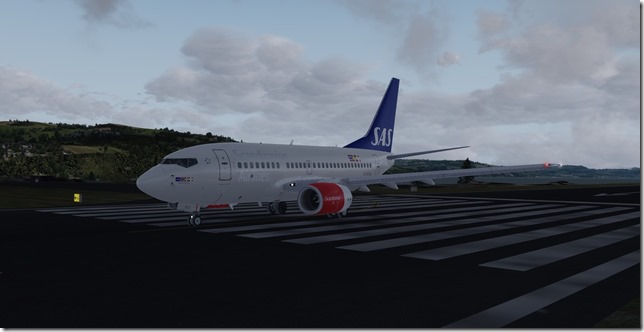 Up, up and away once again. 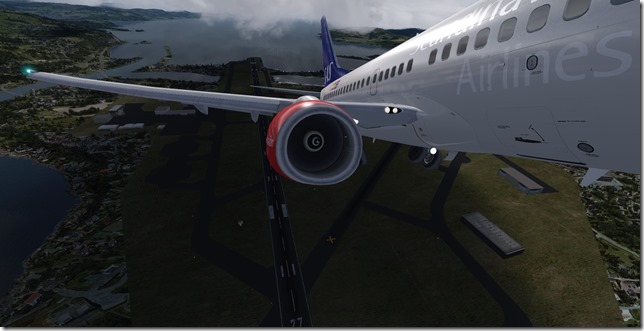 Wing view to the right 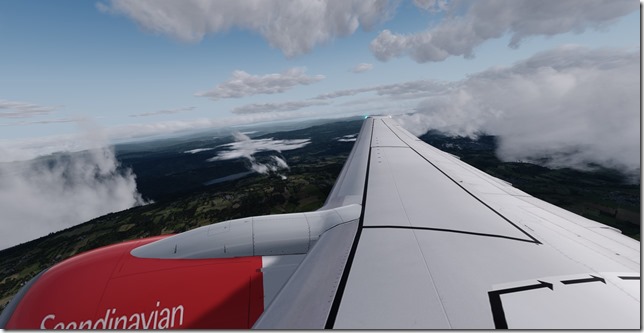 Wing view to the left 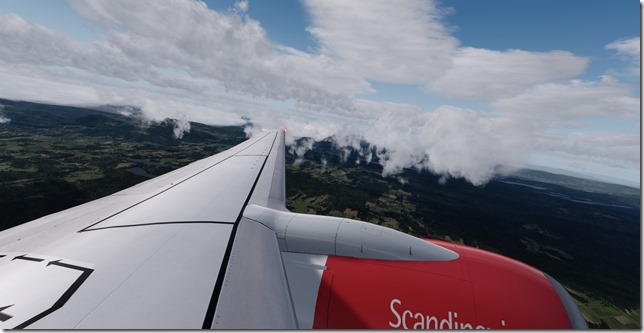 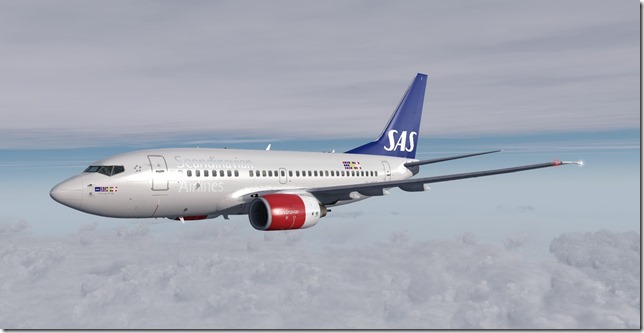 More of those fluffy clouds. 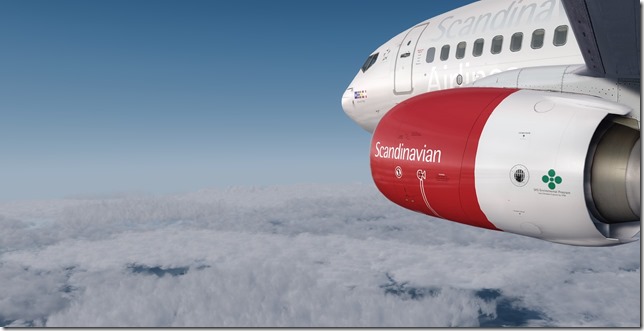 Beginning our descent into Tromso, Norway. 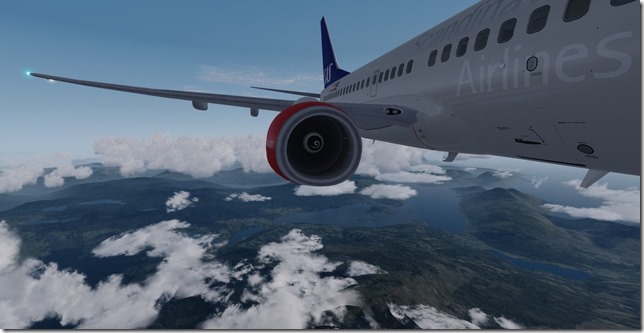 Absolutely love the arrival into Tromso.  Reminds me of some of my favorite flying spots in Alaska. 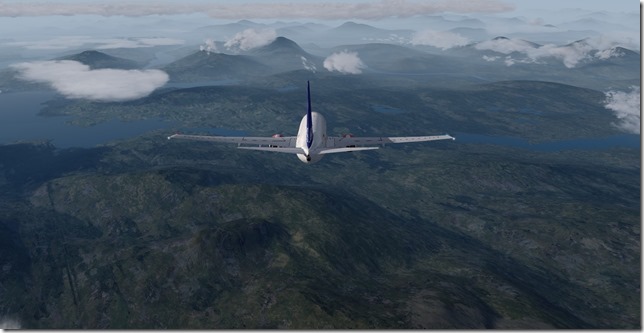 Approaching 10:30 and the sun is still high in the sky. 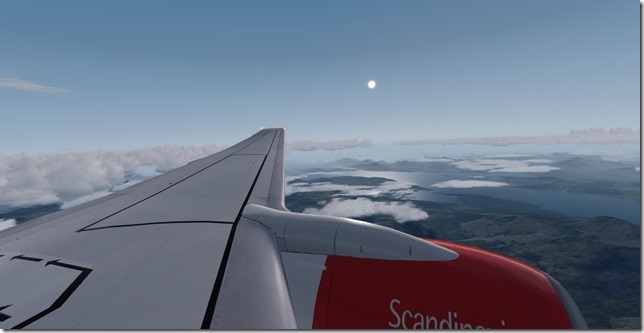 The descent path is taking us over some beautiful mountains and Fjords.  I’ve definitely got to come back here for some low and slow bush flying. 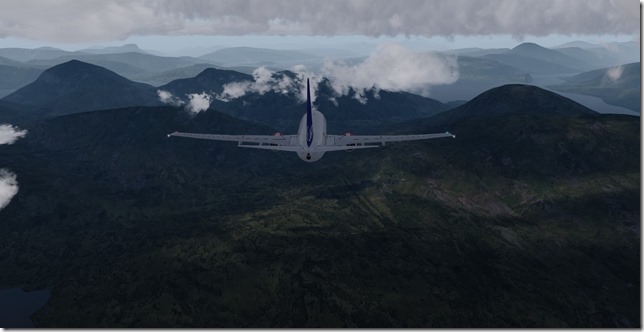 On final into Tromso. 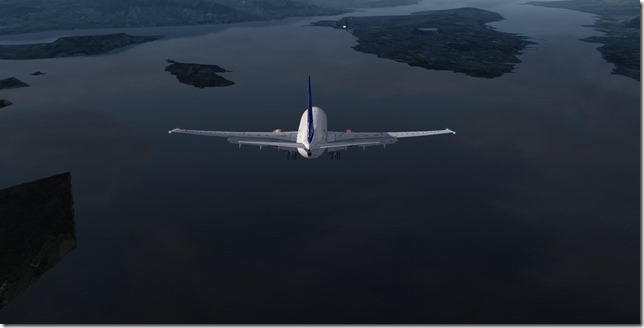 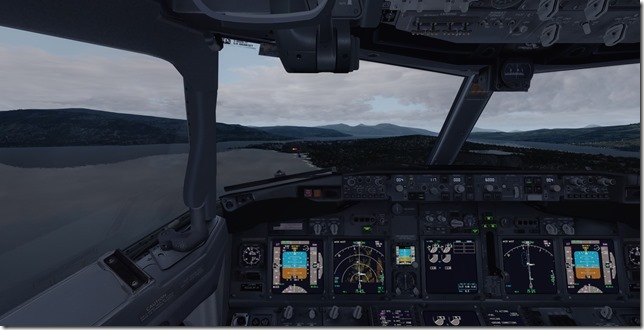 This was another fantastic flight and as previously mentioned, marks the completion of the first half of the tour.  Our travelers will spend two days exploring the Tromso area before another late evening departure to Svalbard.  This will mark our third and final stop in Norway before we turn west towards Greenland and North America.