Ladies, Gentlemen and Children of ALL AGES, the time is here….as you’re reading this edition of the WorldFlight 2018 GBS Tour blog update, we’re T-Minus ~ 24 hours from the start of our European vacation.  We will be departing Denver for London Heathrow on the British Airways daily flight.  Our flight leaves (if on time) at 19:35 on Thursday and we arrive in London just before lunch (11:35 AM) the next day.  We’ll spend a few hours making our way across London to London City Airport where we will fly to Antwerp, Belgium.  This all makes for a super long day, but the business class seat on the BA flight does help as we both can get a few hours sleep.

But not to worry…I’ve worked hard the past couple of weeks to not only complete ALL items on my honey-do list…but also complete enough flights in advance to keep up with the twice weekly updates during the time we’re away, plus a few extra.  Once we return from vacation, I plan to increase the blog release schedule to release three updates per week just so I can wrap up the tour around the time the real tour will complete around 10 November.  Of course, there’s more motivation to have the tour completed prior to 20 November as that is the day Farming Simulator 19 releases.  YEA!!! 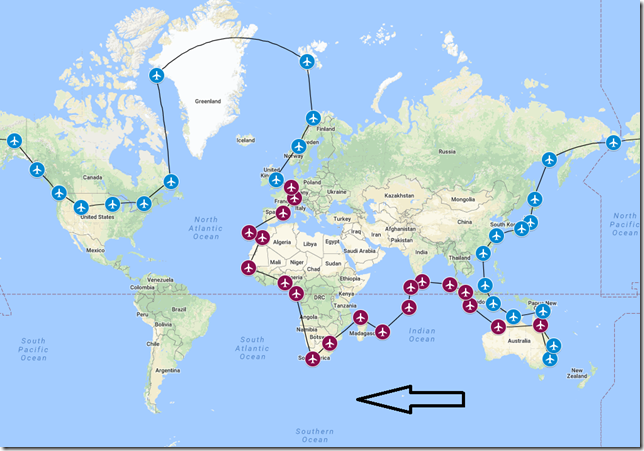 The City of Leeds dates back to 1207, when Maurice Paynel granted a charter covering a small area adjacent to a crossing of the River Aire. Today Leeds has a population around 784,000 making it the second largest city in England.

England is a country that is part of the United Kingdom and shares borders with Scotland to the north and Wales to the West. The best known evidence of human presence in the area dates back to approx. 780,000 years ago.

Leeds Bradford Airport began operations in 1931 as Yeadon Aerodrome. The Leeds airport is the highest airport in all of England at an elevation of 681 feet and the 15th busiest airport in the UK. It serves as a base for Eastern Airways, Jet2 and Ryanair.

British Airways is the flag carrier and largest airline in the UK based on fleet size. Established in 1974 after a merger of four airlines, British Airways serves over 160 destinations around the world and has a fleet size of over 270 aircraft. 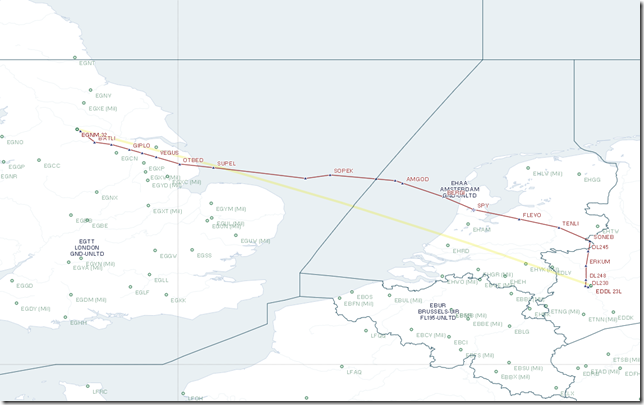 After a short stay and tour around the Dusseldorf area of Germany, our travelers must move on to our next destination in the WorldFlight 2018 tour with that being the city of Leeds, England.  While not the shortest flight of the tour (that was the last flight) this flight is just under 350nm away, with a flying time of just under 90 minutes.  For this leg we’re ferrying a British Airways Airbus A319 up to Leeds where it is scheduled to resume normal service. 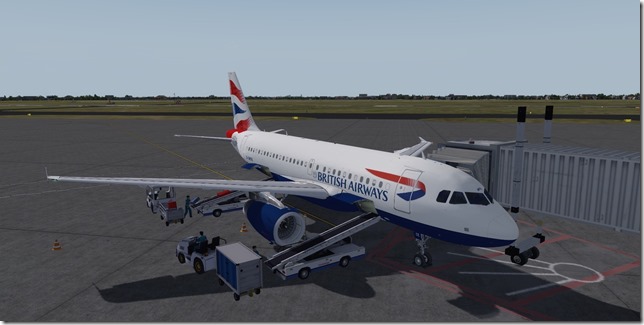 While our travelers enjoy the more roomy/spacious Boeing 787, 777 or even the 737 (or Airbus A320), for a short flight like this, the A319 will do the job and we’re just fortunate to have the support and use of this BA aircraft.

We’re lined up and waiting for our take off clearance.  We were just behind a larger Boeing 772 and need to allow a bit of separation to avoid any wake turbulence caused by the larger aircraft. 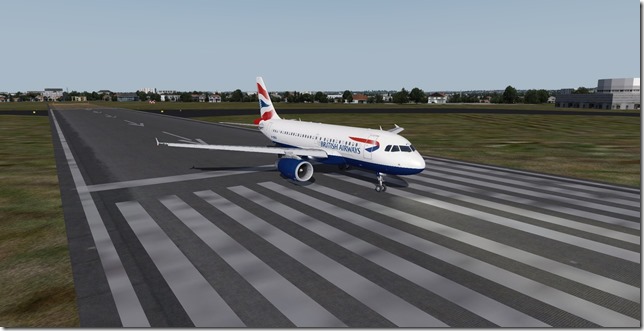 All safe now, cleared for take-off and we’re airborne. 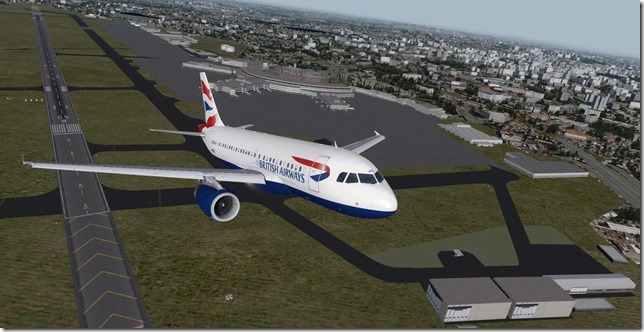 Making our turn to join the departure.  The Rhine River is below us. 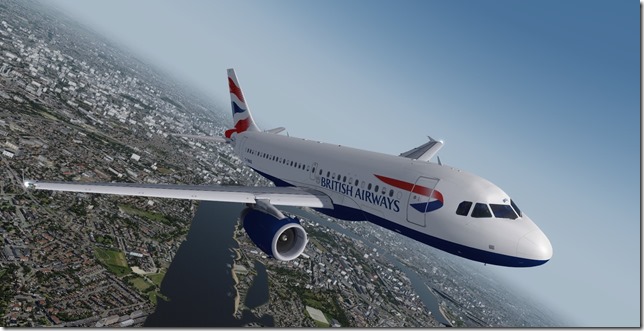 The greater Dusseldorf area as we climb to our cruising altitude. 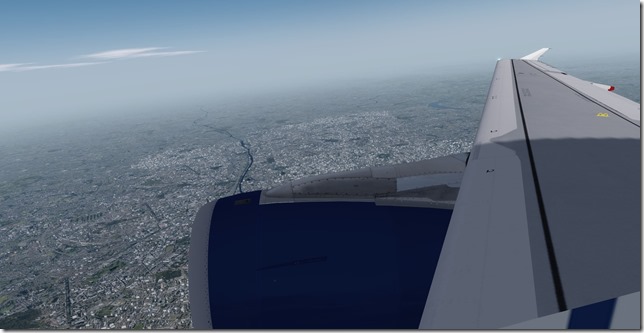 Just off the coast of Holland as we fly over Amsterdam headed towards the North Sea. 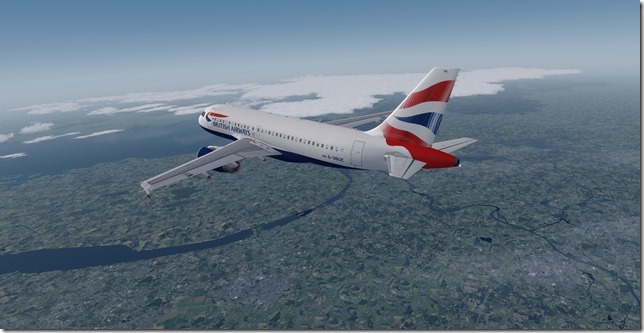 A wing view over looking the clouds building over the North Sea. 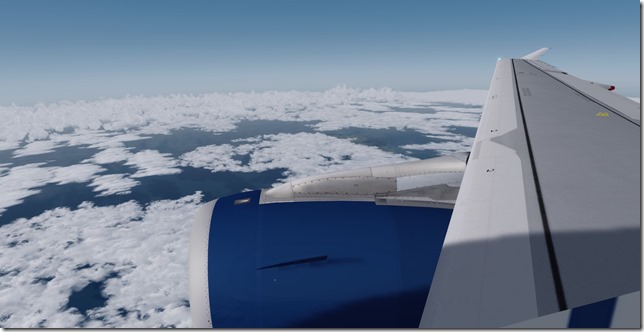 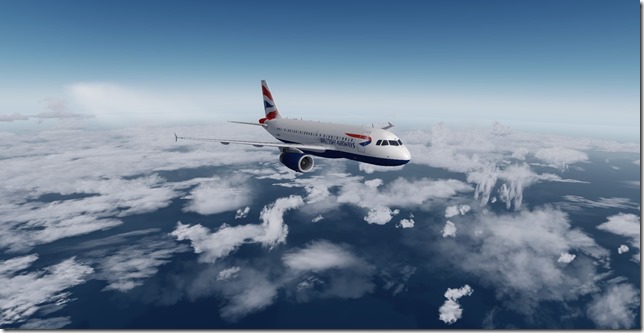 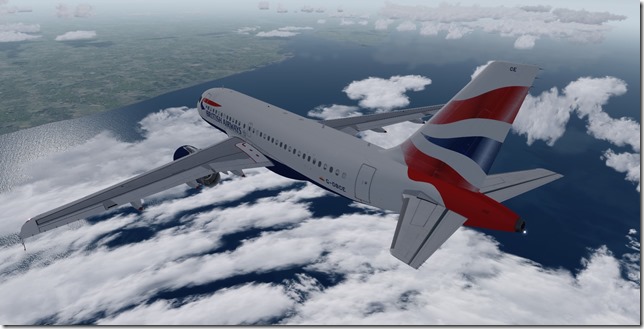 On final approach into Leeds. 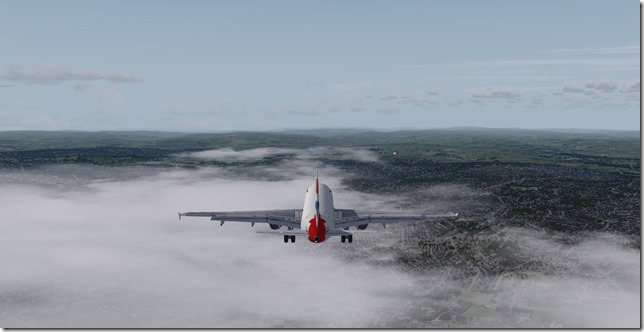 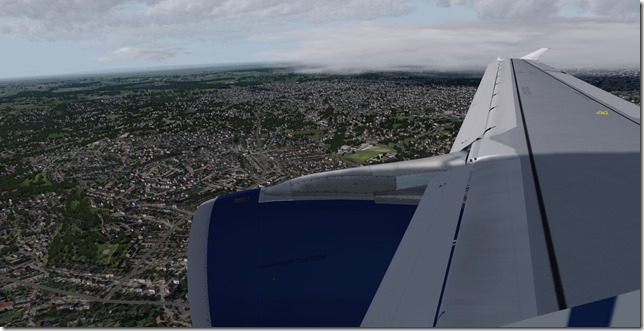 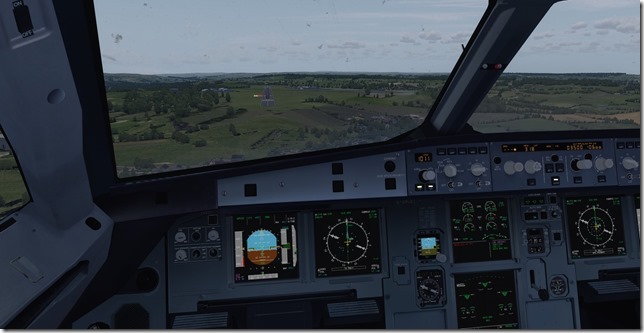 Parked at the gate in Leeds, England. 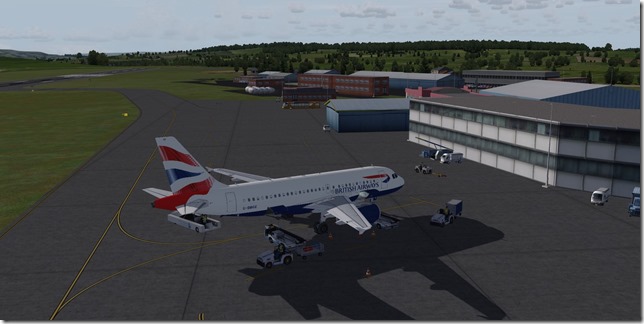 Finally, some cooler weather.  It appears the heat wave which has kept much of the UK and Europe has finally broken its hold on the area.  Nice and normal daytime temps in the mid 70’s have moved into the area.  Our travelers will spend three days in the Leeds area before heading to our first of three stops in Norway.  We’re just two legs away from reaching the half-way point of our tour.  I appreciate you coming along for the ride.