While I’m certainly hopeful you are enjoying this tour and learning a few things along the way, I’m certainly enjoying flying and documenting it all for you.  Of all my years enjoying the flight simulation hobby, this tour as found me flying more in Africa than I believe I’ve ever done before.  I’ll also be honest and say that other than Ethiopian Airlines and South African Airways, most of the others I had never heard of until I began planning this tour.  For this leg, (our final leg in Africa) we will be flying the PMDG Boeing 737-800 in the Royal Air Maroc livery.  You can learn more about this airline below.

While we’re making great progress, we still haven’t passed the half-way mark of our journey.  But as previously stated, this will be the final leg within the African continent.  Leg 17 will have us flying northwest to the small island of Madeira where our travelers will spend several days exploring the island and relaxing on the beach.  Madeira is one of Portugal’s main tourist destinations. 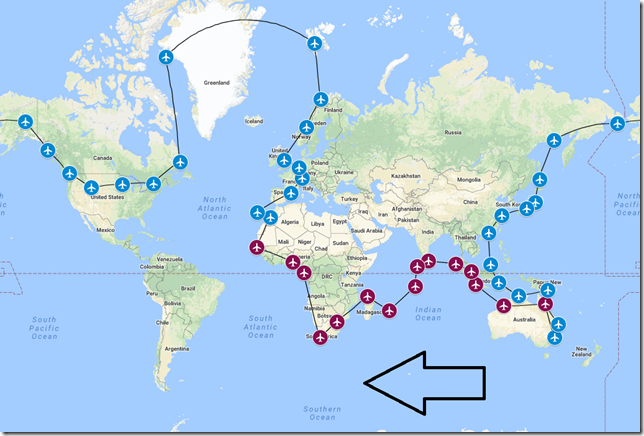 Agadir is a major city in mid-southern Morocco and is located on the shore of the Atlantic Ocean and near the foot of the Atlas Mountains. It is 508 km south of Casablanca and is one of the major urban centers of Morocco. The mild winter climate and good beaches have made it a major “winter sun” destination for northern Europeans.

Morocco is a unitary sovereign state located in Northwest Africa. It is one of the native homelands of the indigenous Berber people. Geographically, Morocco is characterized by a rugged mountainous interior, large tracts of desert and a lengthy coastline along the Atlantic Ocean and Mediterranean Sea.

The Agadir – Al Massira Airport (GMAD) is located in Temsia, 20km from Agadir proper. In 2007, the airport served over 1.5 million passengers and is a popular destination served by many European destinations.

Royal Air Maroc was founded in 1957 and is fully owned by the government of Morocco. The airline operates a domestic network throughout Morocco and scheduled flights to Africa, Asia, Europe and North and South America. 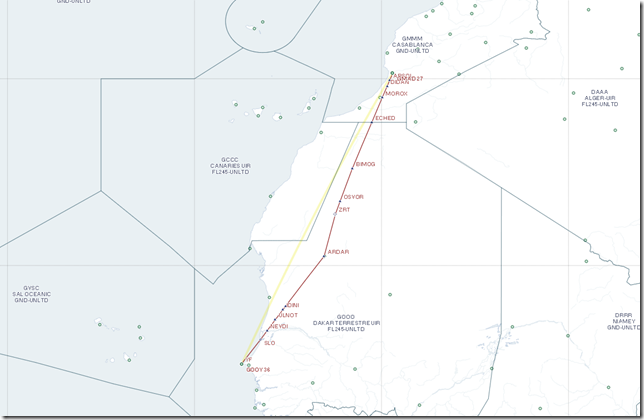 For the most part, our tour has been uneventful.  I think everyone agrees the weather could have been a little more cooperative.  But hey, you just have to roll with the punches and make the very best out of everything life offers.  Said in another way, when life gives you lemons….make lemonade!  Our travelers have been doing just that by taking everything into stride.  After all, this truly is a chance of a lifetime for many.

The itinerary for the past few stops in Africa has been rather quick, but still packed full of action and adventure.  But I can tell the constant Go, Go, Go is starting to take its toll on many.  Not to worry…once we reach the island of Madeira, the pace of travel will slow down a bit and our travelers will have several days to just soak up the sun and enjoy themselves.  This will also be nice for myself and my crew.  But first, we must load up once again for the 16th leg of our journey and fly the group to Morocco.

Our travelers have arrived by bus and will soon board the aircraft. 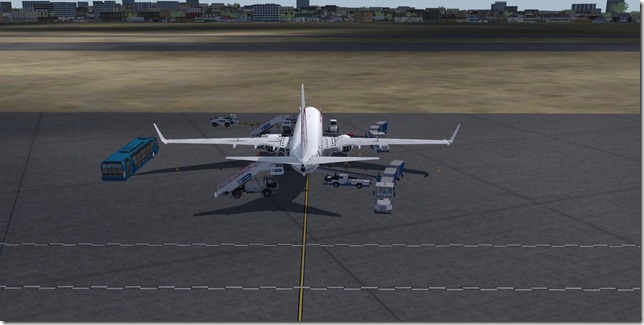 All have boarded and we’re ready for pushback. 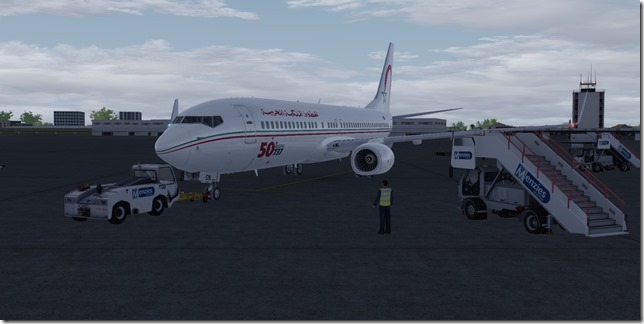 A short taxi out to the active runway in our Royal Air Maroc Boeing 737-800. 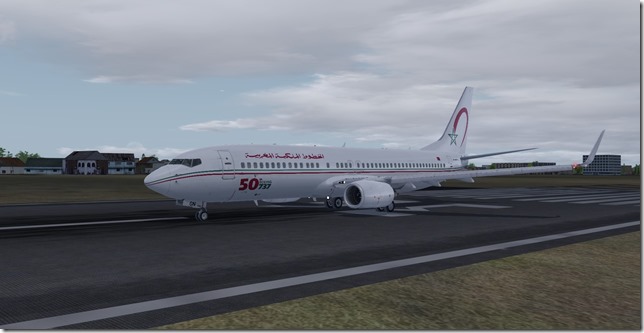 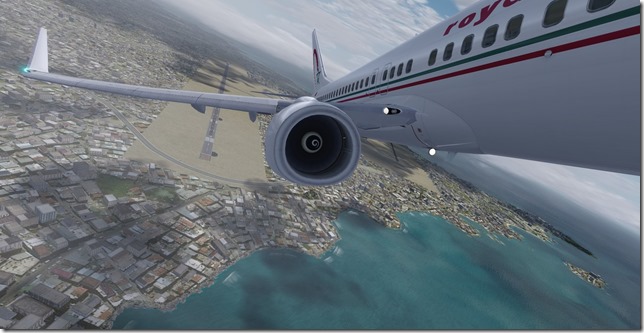 Climbing out on our departure SID. 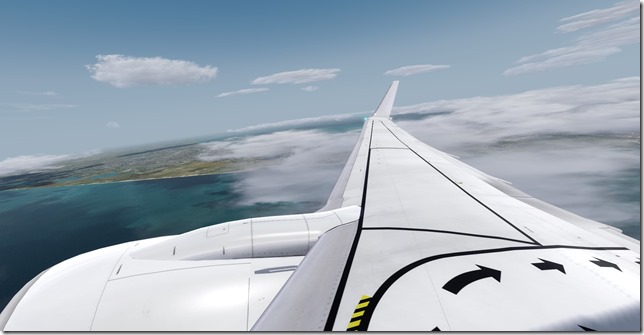 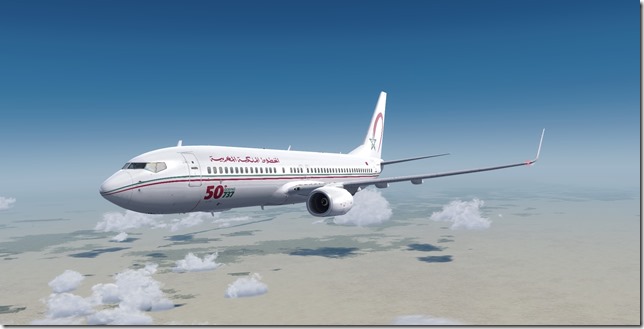 We’ve witnessed many different types of terrain on our journey.  The sand dunes of the Sahara below. 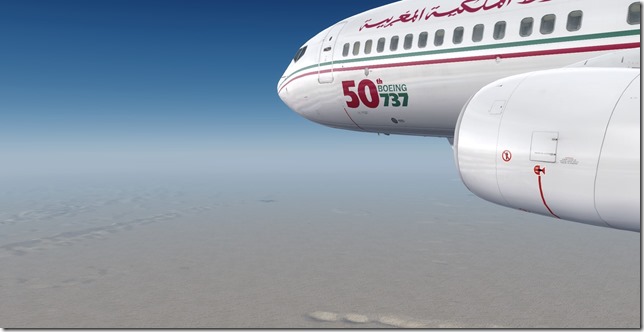 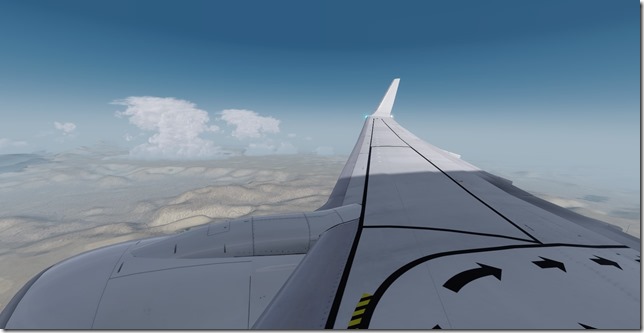 Thunderstorms in the area delayed our approach as ATC vectored us around the strong cells. 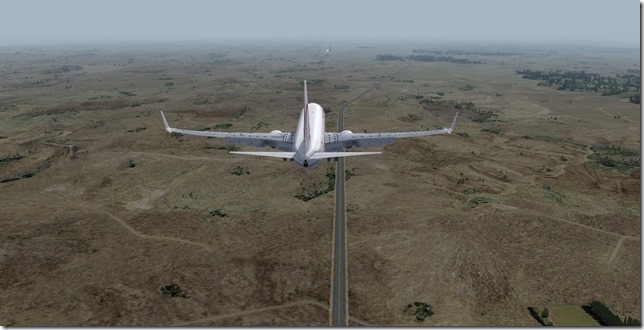 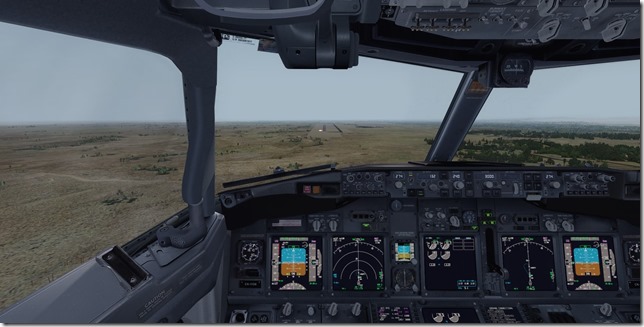 On the ground in Morocco.  Our travelers will deboard soon and be taken to the airport customs facility. 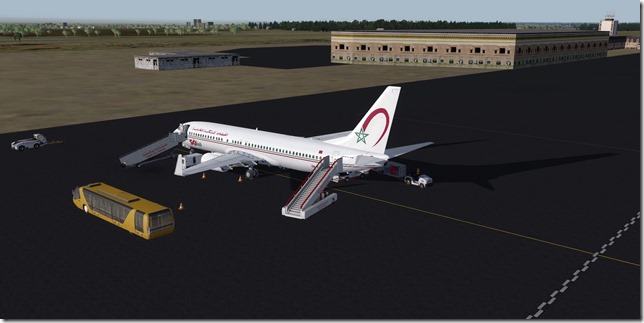 Once again, our stay in Morocco will be short.  In just a little under 36 hours, we’ll depart Morocco for the tiny island of Madeira.  For myself and the flight crew, the approach into Madeira will be one of the most difficult of the journey.  More more about that next time.

Until next time…Thank you for reading!