If you also follow along with my Discord channel, you know I mentioned just before the US Independence Day holiday that my wife had surprised me with a get-a-way to the mountains.  This was in celebration of our 11th wedding anniversary.  The few weeks leading up to the holiday were hectic both with work and at home.  We had a few home repair issues to deal with and I had two work related trips in June that were hectic and stressful.  July is no different from the work side of things.  But as we’re back from the mountains, it’s time to do a little flying and resume where we left off with our tour.

As we begin our 10th leg of this 46 leg journey, we now have two different Airbus airframes we can use.  I’ll mix in the A320 and the smaller A319 from time to time as we continue to also fly Boeing aircraft as well.  While I feel most comfortable in Boeing equipment, I’m starting to gain a better appreciation for the Airbus.  This leg we’ll be flying the Airbus A320. 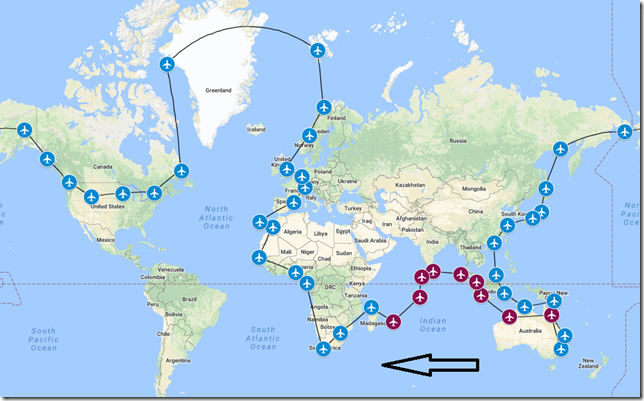 Dzaoudzi (don’t even ask me how this would be pronounced) is a commune in the French overseas department of Mayotte in the Indian Ocean and is located on the small island of Petite-Terre. The commune once held the recognition as being the capital city of Mayotte, but in 1977 the capital was moved to Mamoudzou on the island of Grande-Terre. The commune is the home to 14,311 people (as of the 2012 Census)

Mayotte consists of one main island, Grande-Terre, a smaller island, Petite-Terre and several islets around these two. The area of Mayotte is approx. 144 square miles and has a population of 256,518 as of the 2017 Census. While Mayotte is an integral part of France, the majority of the inhabitants do not speak French as a first language.

Dzaoudzi-Pamandzi International Airport is located in the commune of Dzaoudzi. It is the only airport in Mayotte with scheduled services, mainly to destinations within Africa and to metropolitan France. The airport currently can service aircraft up the Boeing 777 size. A new runway (15/33) to the west of the current runway is being planned and will be 2,600 meters in length to accommodate aircraft such as the Boeing 747 and the Airbus A380.

Air Mauritius is the flag carrier airline of Mauritius. The airline is the 4th largest carrier in Sub-Saharan Africa and has an important standing in the European, African and Indian Ocean regional markets. 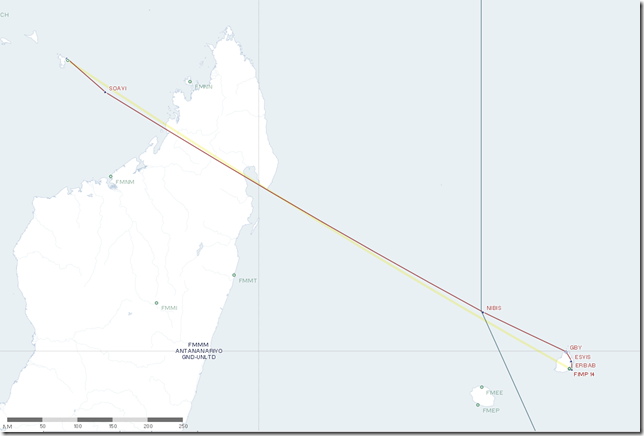 After a couple of relaxing days in Mauritius, once again it’s time for our travelers to depart on the next leg of the long, around the world journey.  We’re picking up a brand new Airbus A320 which had been ferried to Mauritius from the Airbus factory in Tianjin, China.  Yes, it still has that “new” airplane smell to it.  This is an early morning departure and hopefully we’ll get out before the storms open up. In the photo below, our Airbus A320 is being fueled for the journey.  The new update to GSX and the features of the FSLabs A320 handle fueling automagically with nice eyecandy to watch. 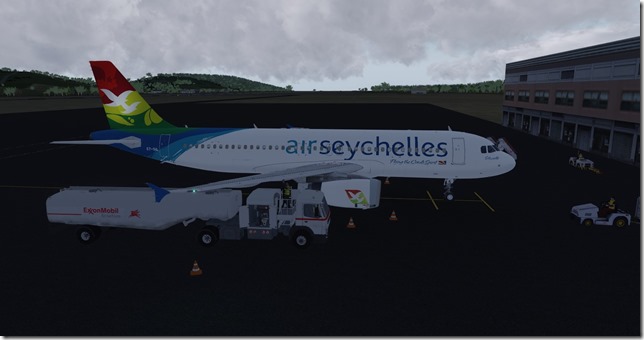 Our passengers have just arrived by bus and will immediately board the awaiting A320. 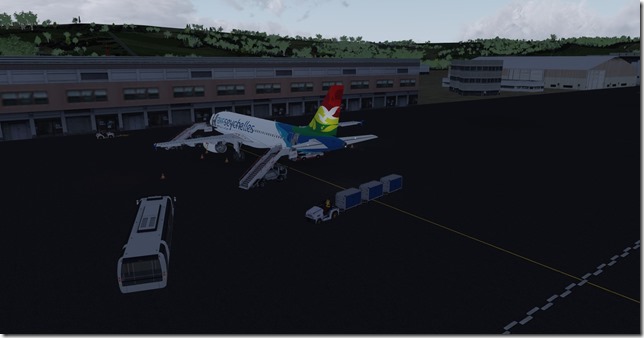 We can’t push-back until the last of the bags have been loaded. 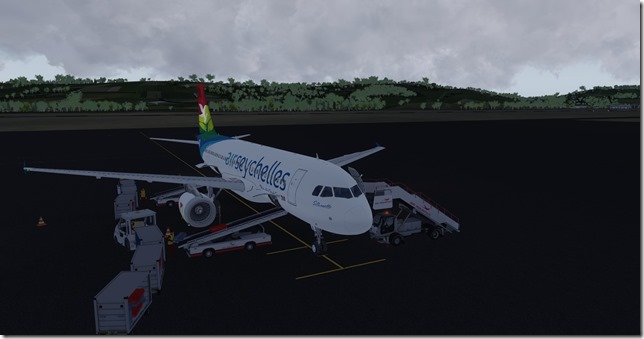 Finally, the last bag was loaded (I believe that was mine) and now the ground crew will push us back while I begin the engine start procedure of the Airbus A320. 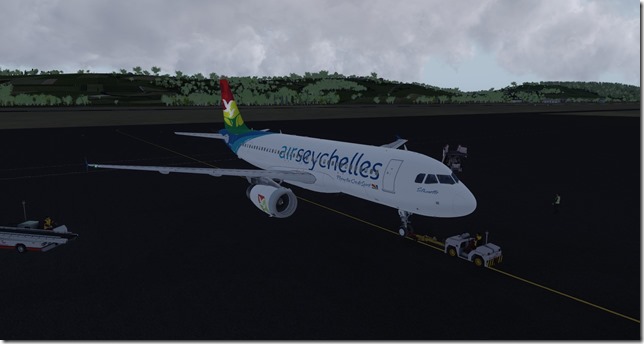 Small airports mean short taxi distances.  Looks like the sun might just burn off these clouds after all.  We’re ready to go on runway 14. 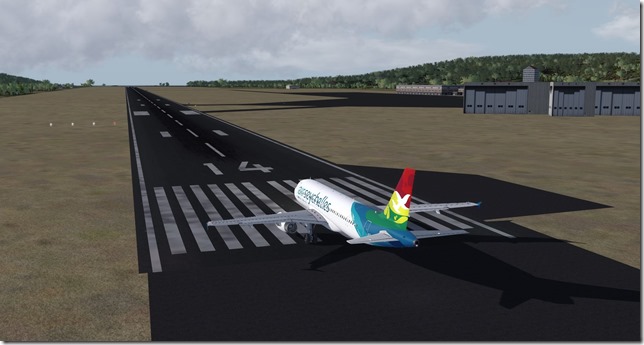 The FSLabs A320 is a joy to hand fly.  I’ve found the learning curve to be just slightly more difficult than the PMDG 737.  But then again, I have spent the majority of my simming time flying Boeing aircraft.  So learning the Airbus ways of doing things is similar to learning a second language. 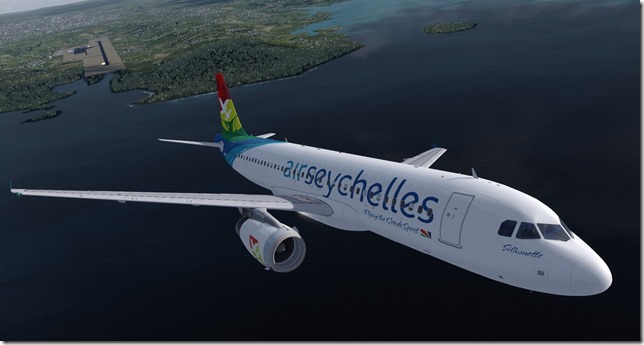 The A320 offers two different types of engine variants.  This particular aircraft uses the IAE (International Aero Engines) V2500 and they are doing an excellent job. 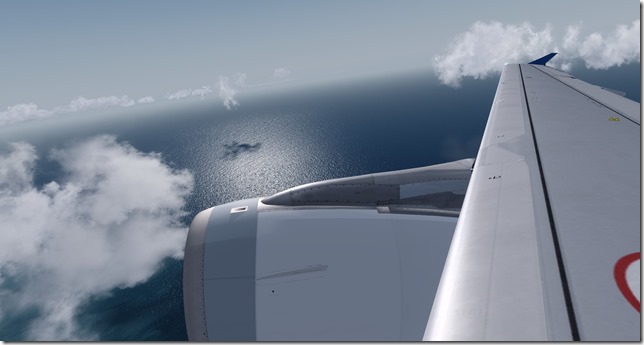 The beautiful Air Seychelles livery looks amazing on the A320. 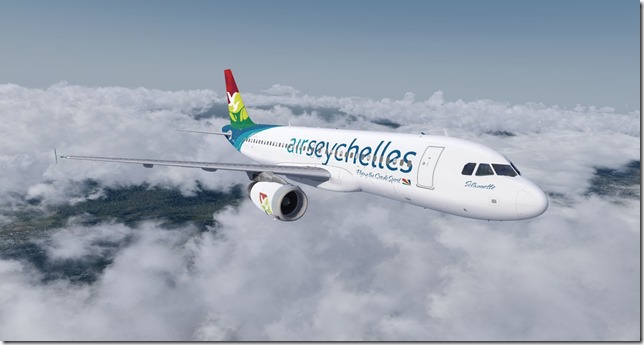 Another wing shot as we fly over Madagascar.  I wonder how those Penguins are fairing? 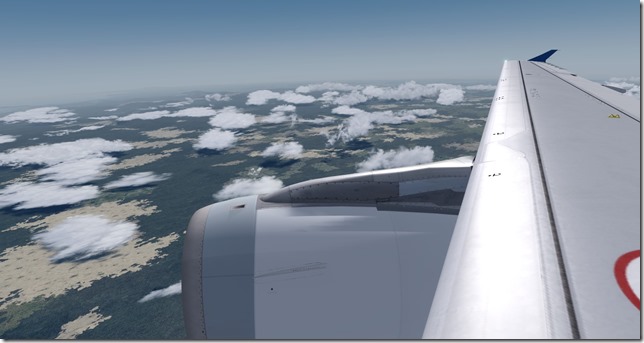 Another view of the coastline of Madagascar as we’re beginning our descent.  Not much longer to go. 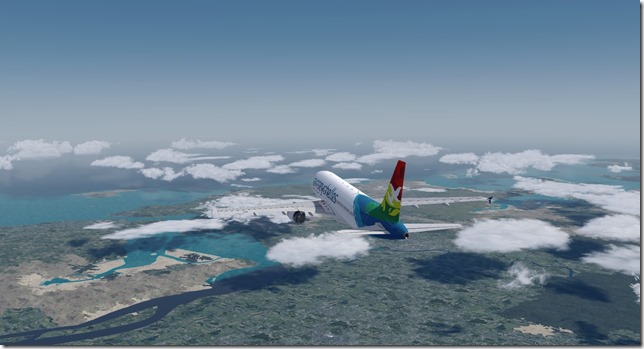 Just off the portside, we see a smaller island with a mountain and the main island mentioned earlier.  The smaller island (one with the mountain) contains the airport.  Our approach will take us around that smaller island. 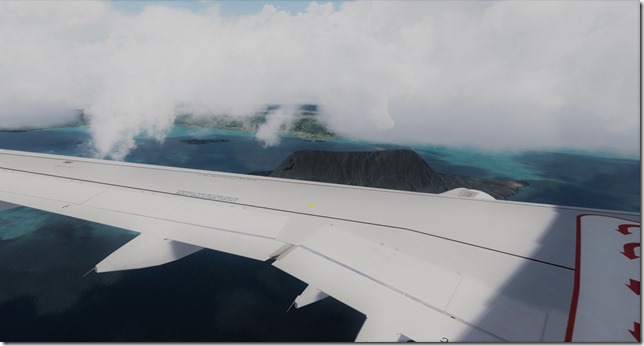 The view from the captains seat of the larger island. 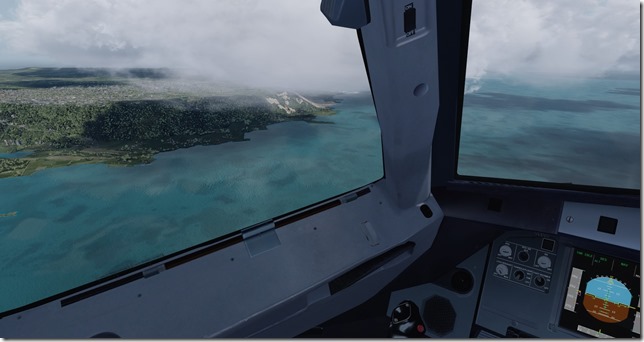 Our turn to final is coming up very soon.  Note the PAPI lights of the airport behind us. 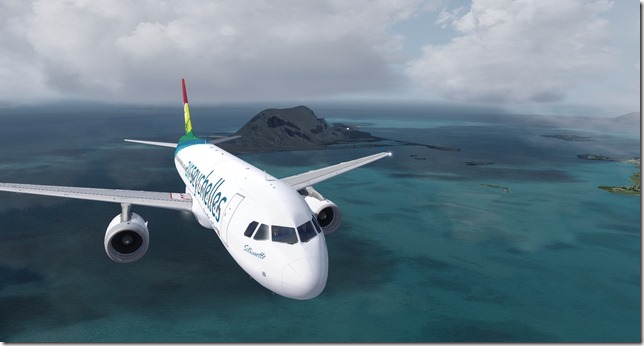 Again, the FSLabs A320 is a joy to hand fly.  Admittedly, I rolled out of that turn just a bit low.  But no worries, there’s nothing but water under us and we’ll be just fine. 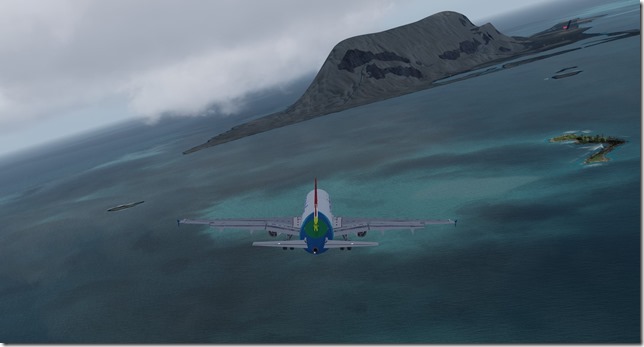 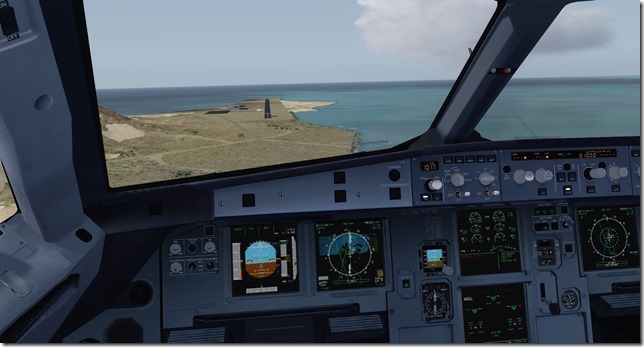 On the ground and it looks like it will be an awesome day. 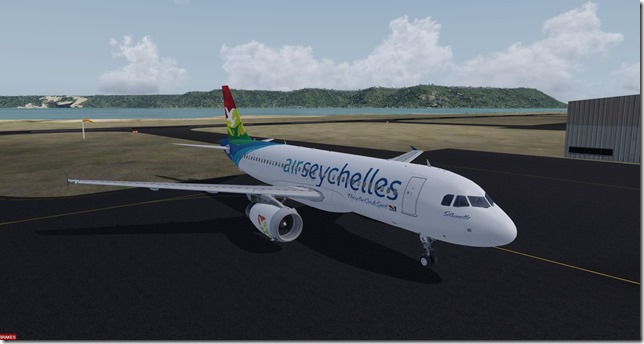 Our travelers will depart the smaller island later today by ferry to the larger island where their hotel awaits them.  A few days here, then we’ll depart and travel the 1200nm’s to O. R. Tambo International Airport in South Africa.  Since departing from Broom, Australia…we’ve been hopping from one island to another.  The next half dozen legs will keep us on the African continent as we begin our eventual northern journey up the western coast of Africa and into Europe.