Note:  This article was written and scheduled for release approx. 10 days ago.  Since writing this and the present time, I’ve learned a lot about this wonderful mod.  This week will be dedicated to the Soilmod, specifically the Practical Used of the Soilmod modification for Farming Simulator 15.  Each day I will release a written blog article and YouTube video covering how I use the Soilmod in my FS15 game play and my typical workflow.  I’ll provide some tools and tips and document the process as I prepare a field to plant and harvest wheat.

It’s been several months since I was first introduced to the Soilmod for Farming Simulator 15.  During this time life was hectic and I struggled to truly grasp the concept.  Out of frustration I removed the mod from my mod folders list and haven’t looked back. 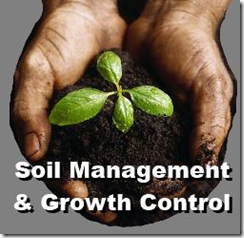 Over the past few weeks I’ve really enjoyed playing Farming Simulator 15 and in really thinking about it, FS15 is has become my favorite simulation based game.  I say this because unlike flight sim, truck sim, bus sim etc.  you are somewhat limited in what you can do.  But with Farming Simulator, you can work crops one day, the next day you can tend to your animals and the next day you can do a little forestry.  Not to mention that each of those activities have a wide variety of different equipment to choose from.  You can also mix it completely up by playing a different map.  Bottom line is there is just so much variety with FS15.

Just a few weeks ago I somewhat re-branded my blog site to better match my simulation game play.  Realism through Simulation has been something that I’ve really always considered important and I figured if I really wanted to take my farm sim game play to the next level I needed to master the soilmod.  So that is just what I’m doing.

I’ve installed the Soilmod on my Graceland map.  The Graceland map is soilmod ready so I spent a few days and harvested all my crops, backed up the game save and then installed the soilmod.  But of course, before doing all that I watched a few hours of YouTube videos and read as much as I could online about how soilmod changes the FS15 game play. 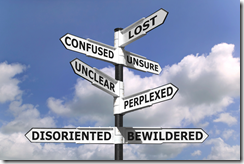 I’ll be honest, I’m currently somewhere between lost and confused…but I’m learning.  There are some great soilmod reference sheets available and just through my own trial and error, I’m attempting to figure my own way through this.  Because at the end of the day, I can read about or what how others do it…but you really must adapt a process which works for you and that is what I’m attempting to accomplish.

Of course, I plan to write future blog articles on my experiences (both postive and negative) about the soilmod and how it is changing my FS15 game play.  But for now that will need to wait because I have far more questions that I have answers.  So stay tuned…

I play a lot of simulation based video games.  Actually…if the game doesn’t have the word “simulation” in the title, I’m very much liable to pass it by.  I also have an extremely narrow definition of the word “simulation” and there are some very popular game titles using the word “simulation” in their name.  Some of these titles have absolutely earned the right to be called “simulators” and some have not.  In addition to playing simulation based games, I also enjoy watching others via Twitch and YouTube.  There are a lot of really good gamers out there and likewise there are a lot of not-so-great gamers.  It may surprise you to know that my views of what makes a great simulation gamer versus a not-so-great simulation gamer may have little to do with regards to controlling an aircraft, backing up a truck, seeding a field or driving a train.  The reason?  We’re all a noob at some point.  The majority of the great simulation based gamers don’t have a pilots license, they’ve never driven a vehicle larger than a car and the closest thing they come to running a farm is when they walk through the produce aisle at their local grocery store.  For the most part, what makes them great is how much they strive for realism in their gaming style.

I’m not sure if the tagline “Realism through Simulation” has been adopted by anyone.  I did Google it and I searched using that phrase on YouTube and nothing really relating to video game play or video gamers popped up, so I’m adopting it for my blog.  Realism through Simulation will become my goal as I not only play the various simulation based games I enjoy, but it will also become the threshold for what I write about and how I write about it here on GrizzlyBearSims.com.

Mods, Mods, Mods – The root of all that is evil?

One pitfall I see many gamers fall into with regards to realism has to do with mods.  Before I go any further, let me say this.  I absolutely love and support the modding community.  While you may disagree with what I’m going to say next, I truly believe the modding community has been instrumental in the success of many of the simulation based games I play.  Said another way, many of these game titles would have been dead a long time ago without a strong modding community supporting them.  Imagine what it would be like to play ETS2, ATS, FS15 etc. without mods?

But some mods are perhaps the root of all that is evil…or certainly go along ways towards breaking realism.  Again, before I go further….let me just say that I’m NOT writing this article to instruct anyone how they should play their simulation based games.  If you want to haul in the wheat crop pulling a loooooooooonnnnnnnnggggggg train of tippers that is your choice.  Likewise, if you want to cultivate a field with a cultivator measuring almost 150 feet, again that is your choice.

Perhaps the reason why I’ve been thinking about my own game play style and choosing to write about it has to do with a Twitch channel I watched recently.  I’ll keep the identity of the streamer to myself, but he was clearly struggling and I (and many other viewers) were trying to coach him on a few things.  Most of the issues he had were caused by some of the mods he was using.  But towards the end of his broadcast he mentioned that he was bored with Farming Simulator 15 because it was too easy.  Yes, he was cultivating his field with a 150 foot cultivator.

As I try to wrap this up, no I certainly don’t count the rivets or bolts and I don’t compare color swatches.  But for me and how I choose to play these simulation based games…I do strive for authencity.    I believe playing simulation based games as authentic as possible, goes a long way towards keeping the level of play from becoming boring.  It’s one of the reasons why I will routinely plow AND cultivate a field before harvest.  It’s also the reason why I don’t use a 150’ cultivator.

Realisim thorugh Simulation works for me.

Best of luck with your simulation adventures….regardless how you play the game.