Just a quick update on my progress so far in American Truck Simulator.  Today marks the one week anniversary of the release of ATS and I wanted to share my current progress.

I’m playing in career mode with no cheat mods installed.  This just essentially means that I’ve started the game with a new driver profile and just like the American Dream, I’m building my trucking company through hard work, dedication and a little help from the bank.  There is an Aaron Tippin song titled “I Got It Honest” which best describes it.

Over the past week I’ve worked my tail off making all sorts of deliveries.  Like most, I started out running quick orders as a driver lessee, gaining experience and saving money.  But I never stopped dreaming of owning my own truck and eventually starting a small company with one garage and two additional drivers.

My company (Apache Trucking) is headquartered in Los Angeles and after reaching level 6, I took out a loan from the bank in order to upgrade the garage, purchase my second truck and hire my first driver.  I chose the Peterbilt to fulfill an early childhood dream of becoming a truck driver.  Of course this didn’t happen, well….at least not in real life, but through American Truck Simulator…dreams can come true.  Anyway, I kept hauling and kept working my way up the levels unlocking my Long Distance, High Value Cargo, Fragile Cargo and Just-in-Time Delivery skills.  This eventually opened up higher paying jobs and even more money began to pour into the operation. 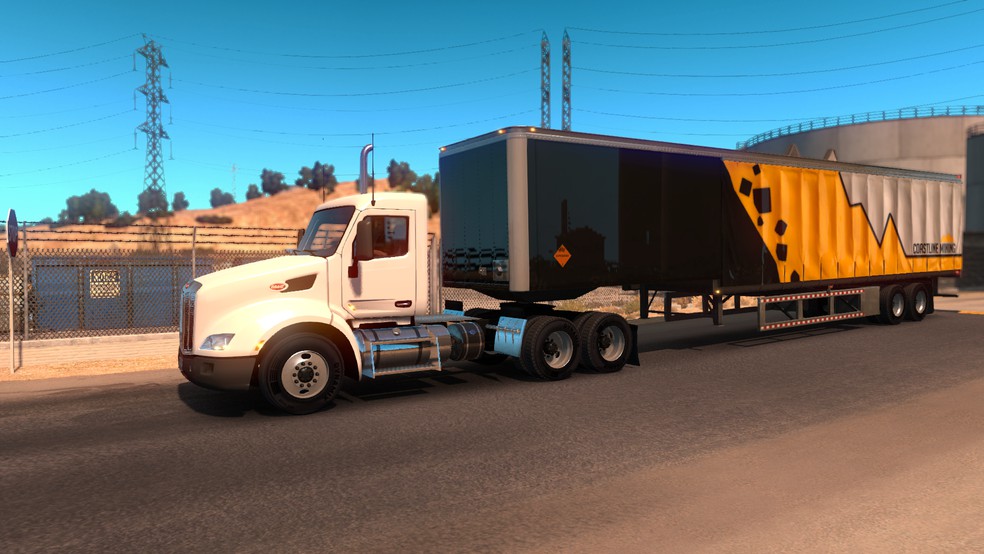 I drove my basic Peterbilt until level 10 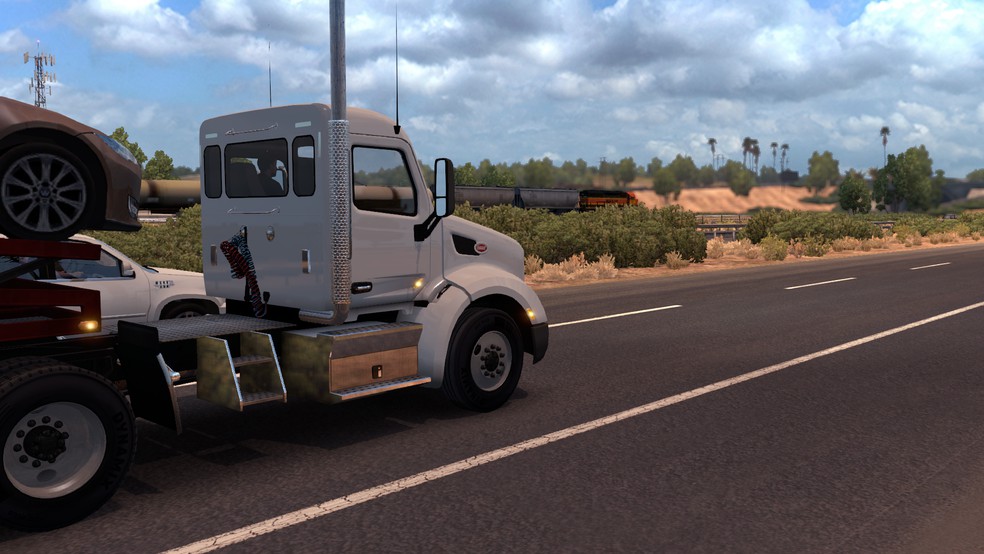 Hauling a load of high value cars and doing my best at keeping up with the BNSF freight train in the distance.

Around Level 10, I picked up my third truck and second driver.  I also upgraded my engine from the 370 HP to the 455 HP upgrade.  This made a huge difference when pulling some of those heavier loads.  As I believe was the case in ETS2, there is no difference with how truck upgrades benefit the hired drivers.  So all trucks I purchase will be the base model of either the Peterbilt or Kenworth truck.

Of course, eventually I wanted to take advantage of some upgrades to change the appearance of my own truck.  After reaching level 10 or 11, I added the stand up sleeper and dual exhaust stacks. 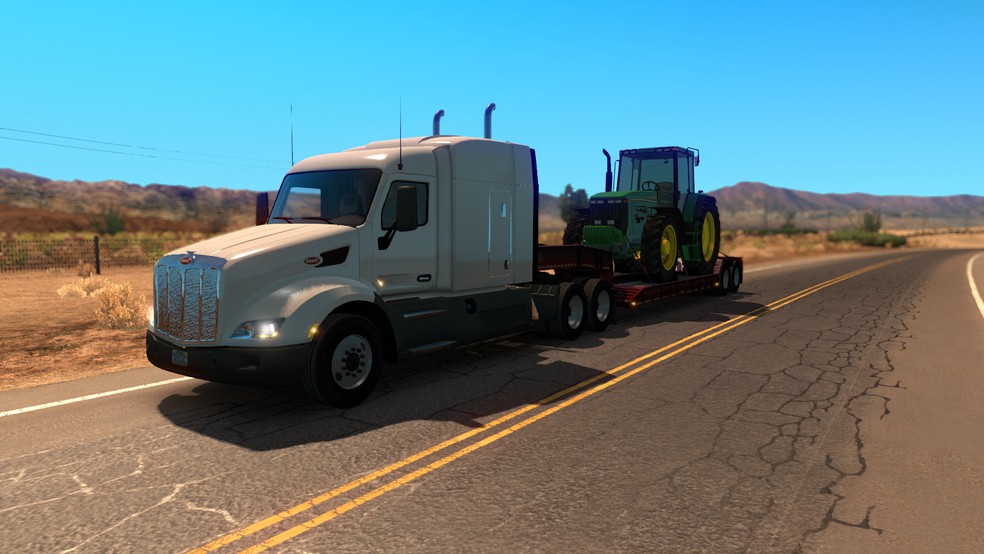 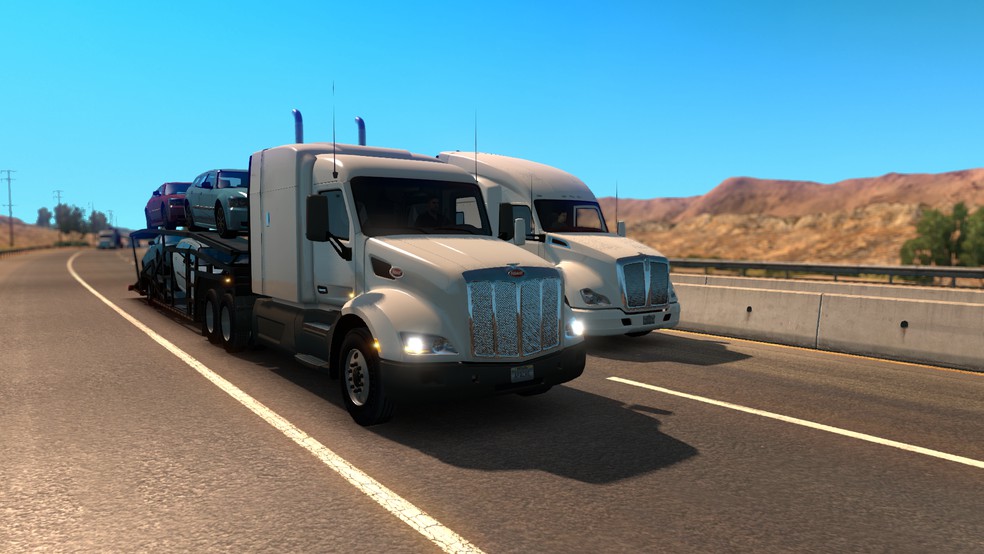 Heading into Elko, Nevada with a load of high value, fragile cars under an urgent delivery contract.  $$$

At the present time, I’m currently at level 14 and just purchased my second garage down in San Diego.   My other two drivers have started to earn a little more as well, so as I can afford it…I’ll add new trucks and hire new drivers for the San Diego operation.   At some point I’ll continue to make enhancements to my truck.

Here are my current stats for American Truck Simulator

I’ll occasionally update my progress and share more of my adventures in ATS here.  I’ve also started playing the updated Ringwoods Farm map in Farming Simulator 2015 and really enjoying it.  I’ll share some of my progress as well.