A part of me is celebrating the fact we’ve just completed the first 10 legs of the 46 leg journey, but the other part of me realizes we still have 36 legs to go.  I began this journey on 2 June, the first post hit the interwebz on 6 June and I’m actually writing this blog post on Monday, 9 July.  Yes, I’ve been busy flying the segments….but pacing myself on writing/releasing the articles as I like to be somewhat consistent and this helps me ensure I can keep at the very least two blog updates each week documenting the journey.  As we’ve just completed our 10th leg (that’s somewhat of a milestone) let’s review some of our statistics of the journey so far.

Hours Flown – Just prior to starting the 11th leg, we’ve logged just over 25 hours of flying time.  Flying time is calculated from the time the parking brakes are released and the aircraft is pushed back from the gate of the departure airport to the time of landing, taxi and parking brakes applied at the destination airport.

In the real world, my wife and I are just returning home from spending a week in the mountains (11th wedding anniversary and US Independence Day holiday).  Between all the work stresses of the past few weeks…this was a much needed break.  I’m home the week of 9 July (the week I’m writing this) and head back to California next week.  But enough of all that…let’s get on with this story. 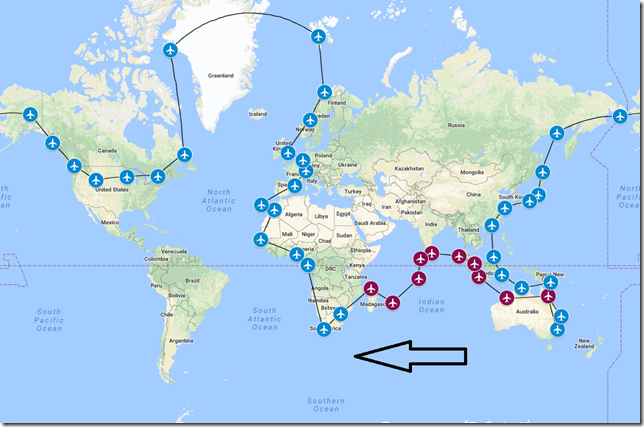 Johannesburg or Joburg for short, is the largest and most populous city in South Africa and ranks in the top 50 for largest urban areas in the world. The city was established in 1886 following the discovery of gold.

Comair Limited is an airline based in South Africa that operates scheduled services on domestic routes as a British Airways franchisee. Founded in 1943, Comair serves 11 destinations throughout the region and has a current fleet consisting of seven Boeing 737-400 and nine 737-800 aircraft. 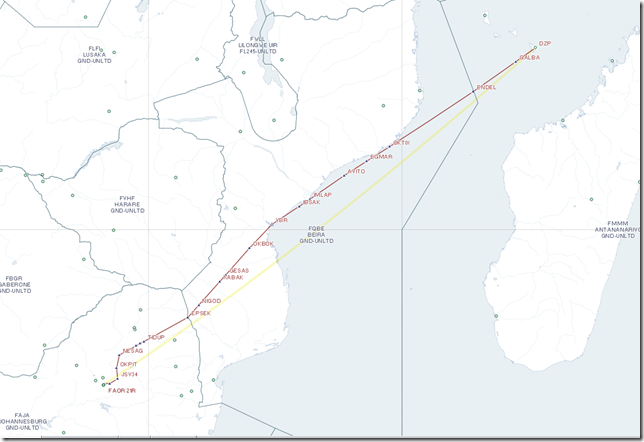 With exception to the first two legs of this long journey, we’ve been basically hopping from one island to another as we’ve made our way across the Indian Ocean.  Our travelers have seen some pretty incredible sights along the way, but I overheard one traveler speaking to another, and he said “once you’ve seen one island…you’ve seen them all”.  This perhaps is a very valid point and perhaps it’s a sentiment shared by most as there seems to be a level of excitement building to finally begin the African segment of this tour.  Over the next few weeks (including today), our travelers will complete six stops within the African Continent as we make our way north along the western edge.

Our passengers have arrived, all gear has been safely loaded/stowed on board our Comair Boeing 737-800 and we’re taxing out to the active runway for an on-time departure. 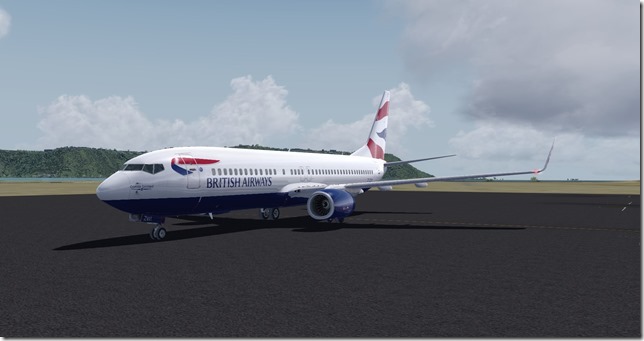 With no time to waste, we’re off and away. 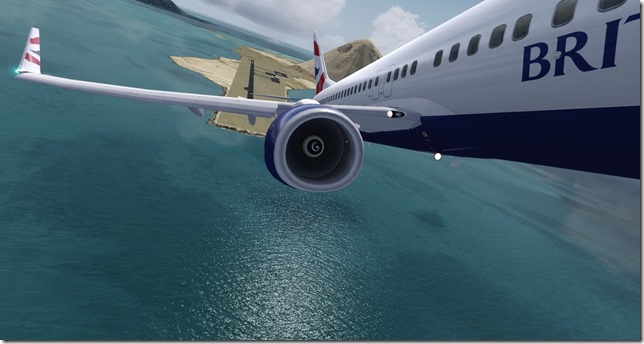 Taking one last look of the island before making our turn to join the departure. 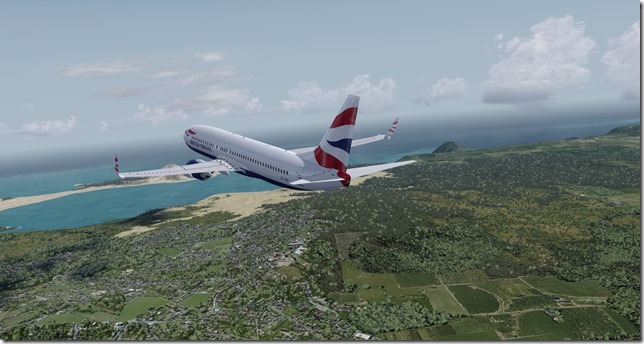 OK…I lied.  Really…just one more “last” look at the island across the wing of the B738. 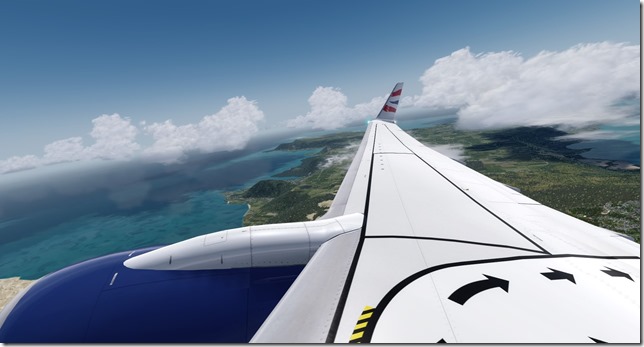 Our “livery” shot.  Other than the fact that British Airways no longer operates the Boeing 737 (in any variant), the only differing markings I can spot is the Comair United logo on the front of the aircraft. 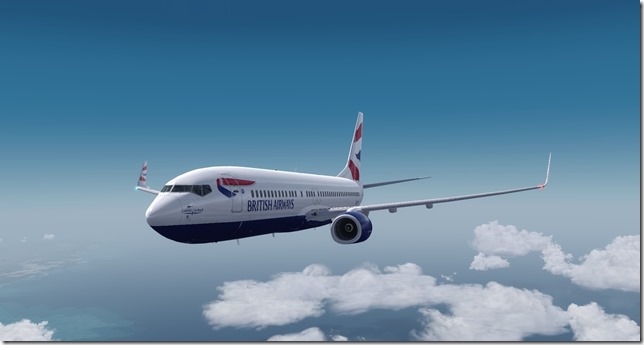 Just off the starboard side, the coastline of Africa. 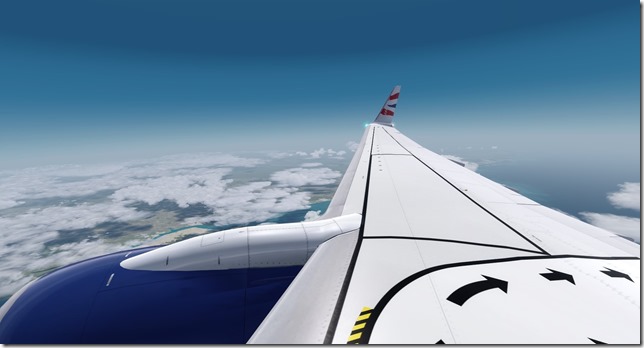 Over land once again.  Just a few more miles until we reach top of descent. 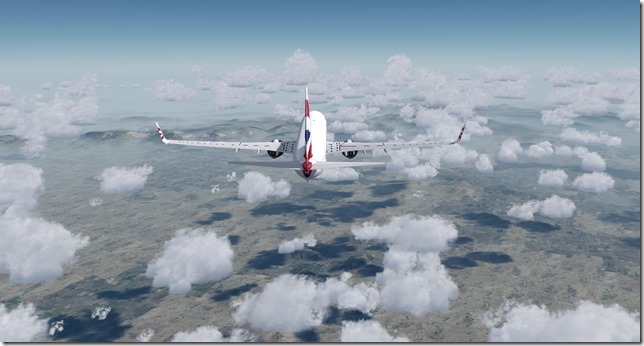 Another wing view as the clouds begin to develop. 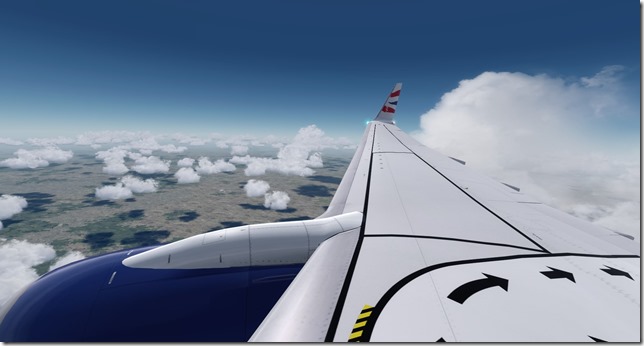 Airport just ahead as we take the visual approach for runway 21L.

One last wing view of the Joburg area. 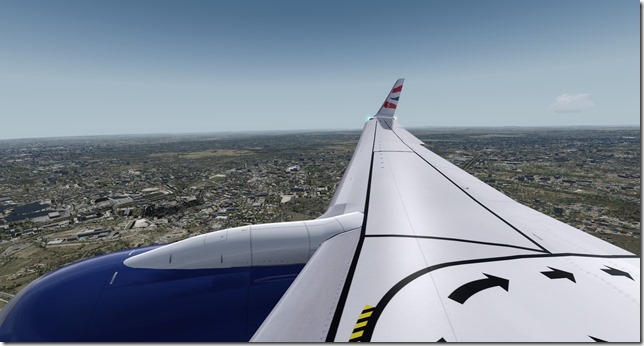 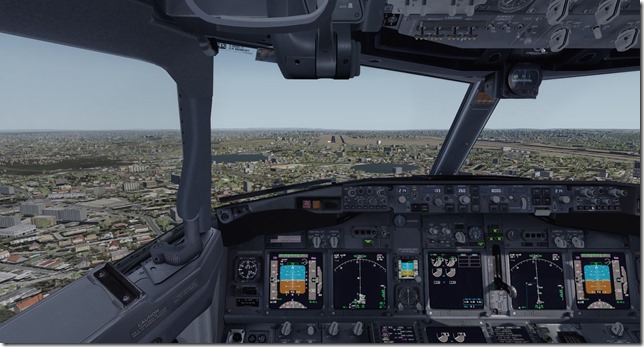 After what seemed like a really long taxi (after all, this is the largest airport we’ve visited in a long time), we’re parked up at the gate and the Comair ground crew are doing a great job getting our aircraft unloaded. 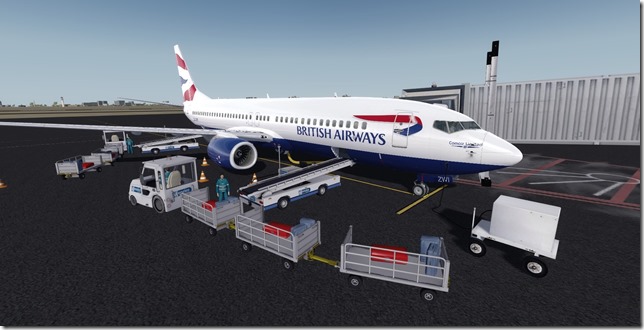 After clearing customs, our travelers and crew will board a bus for the quick ride to the hotel and then dinner.  We’ll explore the Johannesburg area for the next few days before departing to Cape Town where they’ll spend several more days exploring that area as well.

I hope everyone’s enjoying the blog postings,  the tour and the variety of aircraft/liveries I’m presenting.  Up to this point it’s been a fun tour for me as I’ve learned a lot about the areas we’ve visited in my research for the story line.  Time to get busy planning the next leg of the tour.  Thanks again for reading.

Until next time…Happy Touring!