It took me a while to get the truck I really wanted to drive in Euro Truck Simulator 2.  My new truck is the Volvo FH with the 600 HP engine.  The current configuration will change as I earn a little more revenue.  I plan to upgrade the chassis, paint and cab to get the exact truck I want in the game. 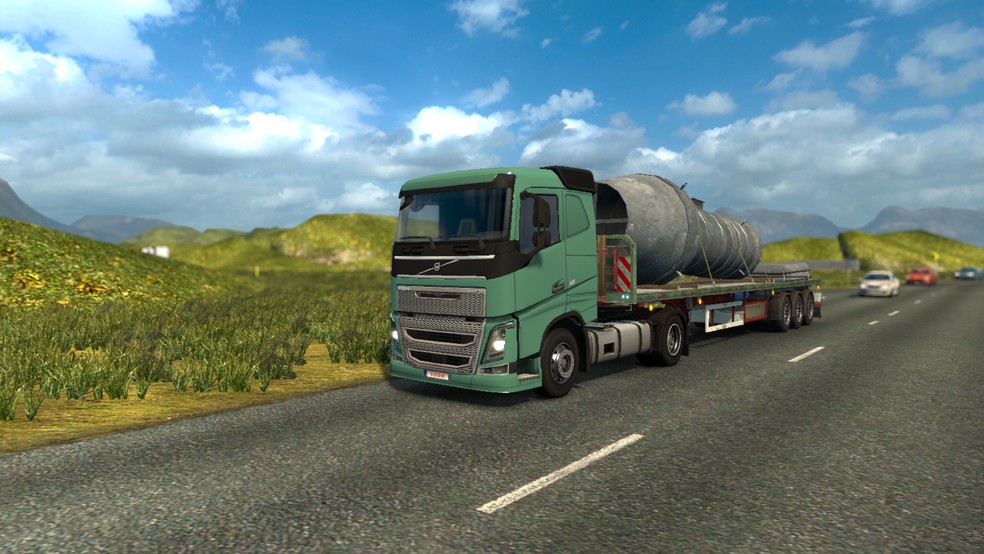 Getting to this stage was no easy task.  I made a few mistakes along the way.  The first mistake I made was selling my Iveco before I had discovered the Volvo dealership DOH!.  Then mistake number two was once I discovered the Volvo dealership, I purchased the wrong truck.  DOH!  AGAIN!  I purchased the FH16, but wanted the FH with the sunroof.  However, I worked my tail off driving many high paying jobs and made enough where I felt comfortable in making the upgrade to the FH.

Before I spend any more company money on my truck, I need to spend company money in growing the overall company.  At the present stage of game play, I have three garages.  Garage one (and company HQ) is located in Brussels, Belgium and has three drivers (including myself).  I chose Brussels as that is the home country of my wife.  While she is from Antwerp, when I first started playing the game I wasn’t using the ProMods Map (which includes the city of Antwerp).  Anyway…Garage two is located in Lublin, Poland and has three drivers.  Finally, garage three is located in Reykjavik, Iceland.  This is my latest expansion and was purchased after arriving with the silo shown in the image above.  I have hired two drivers and plan to hire the third shortly.  I’m hopeful once my Iceland drivers increase their skills, that the Iceland operation will be rather successful.  Having said that, it’s time I get back to driving and earning more money.