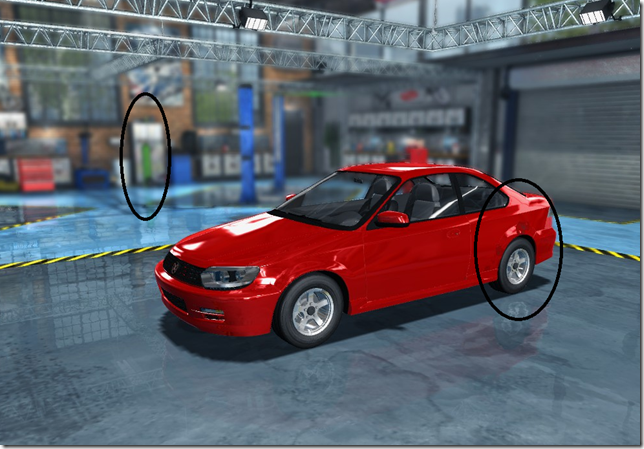 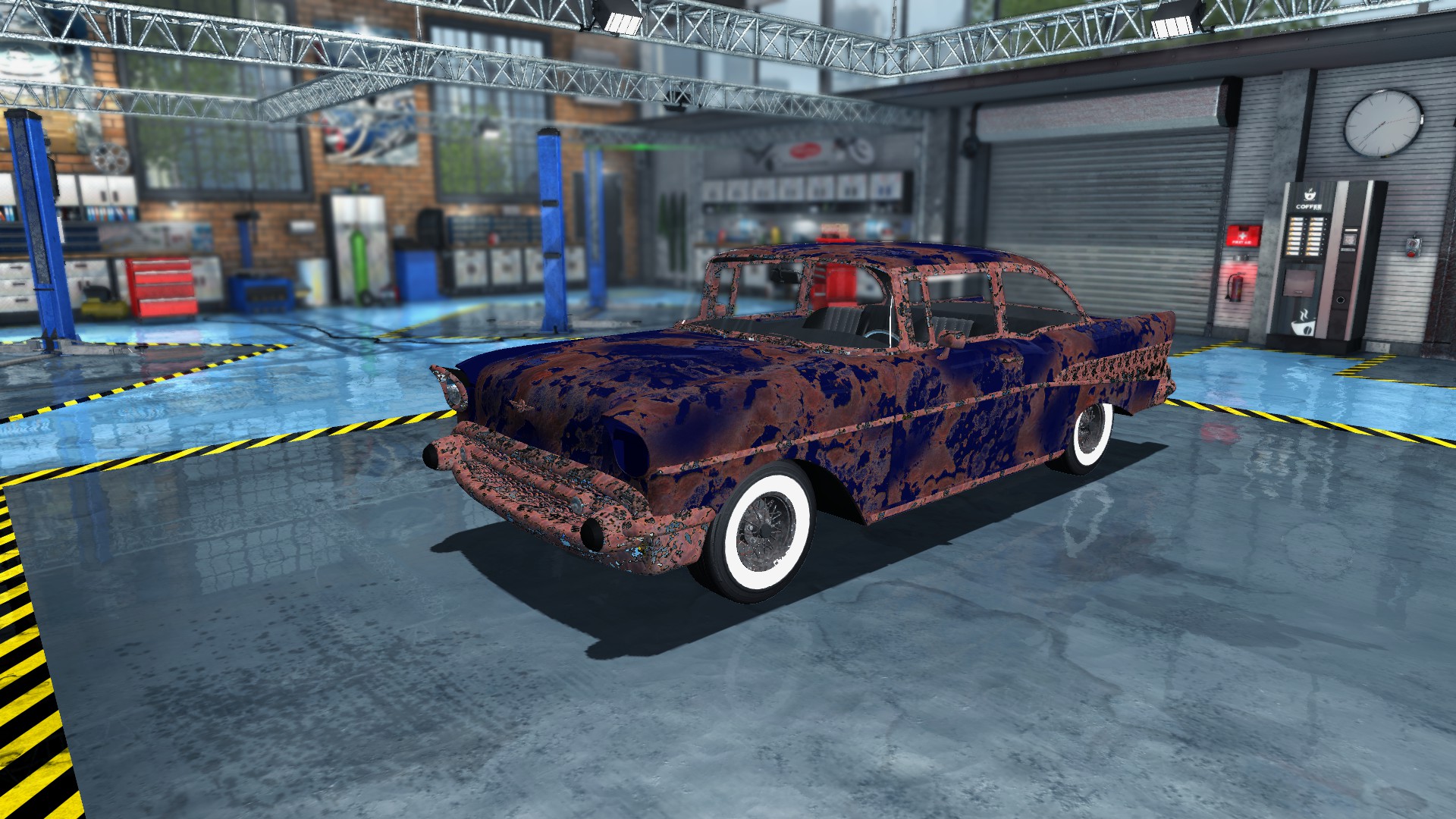 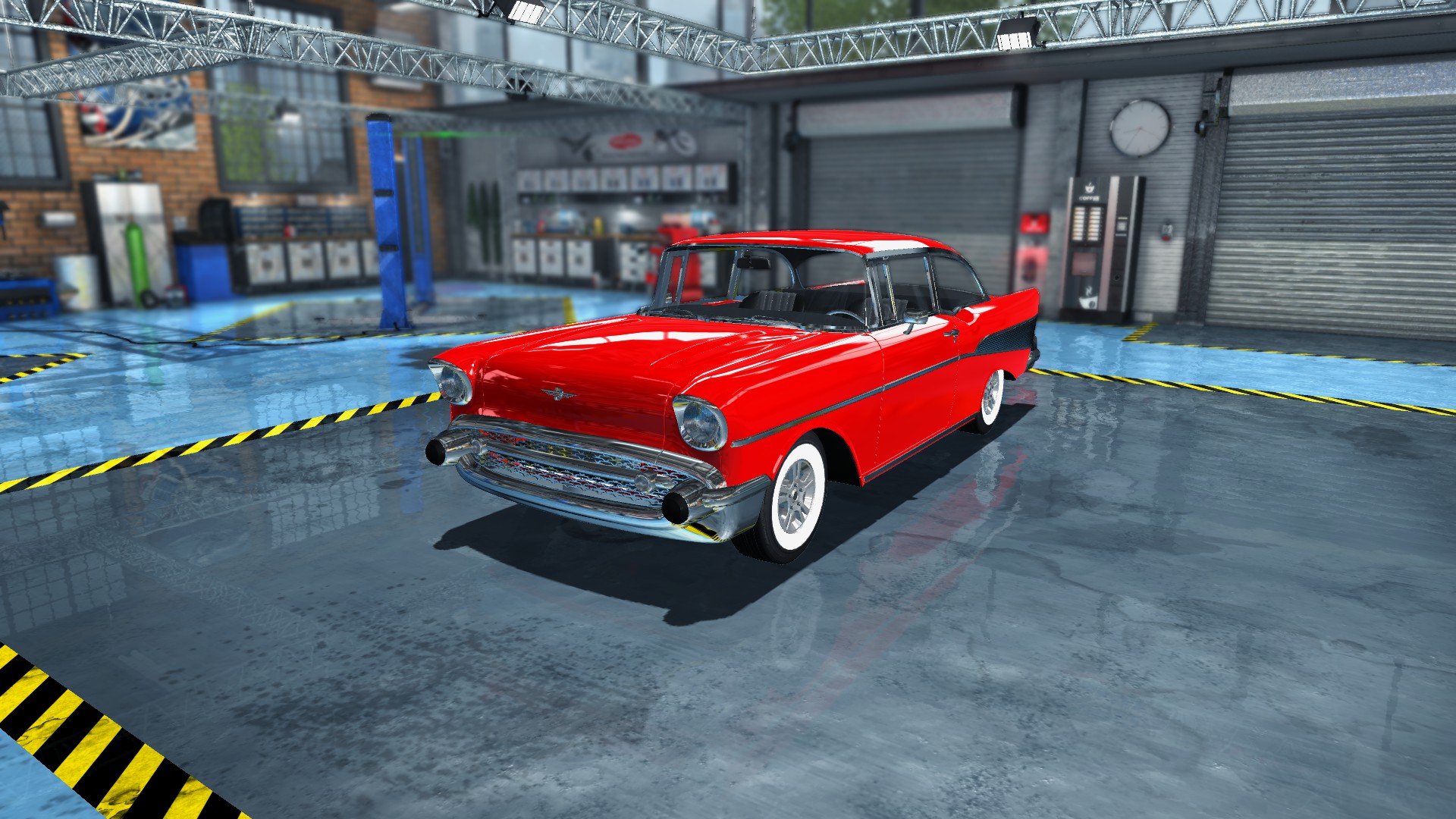 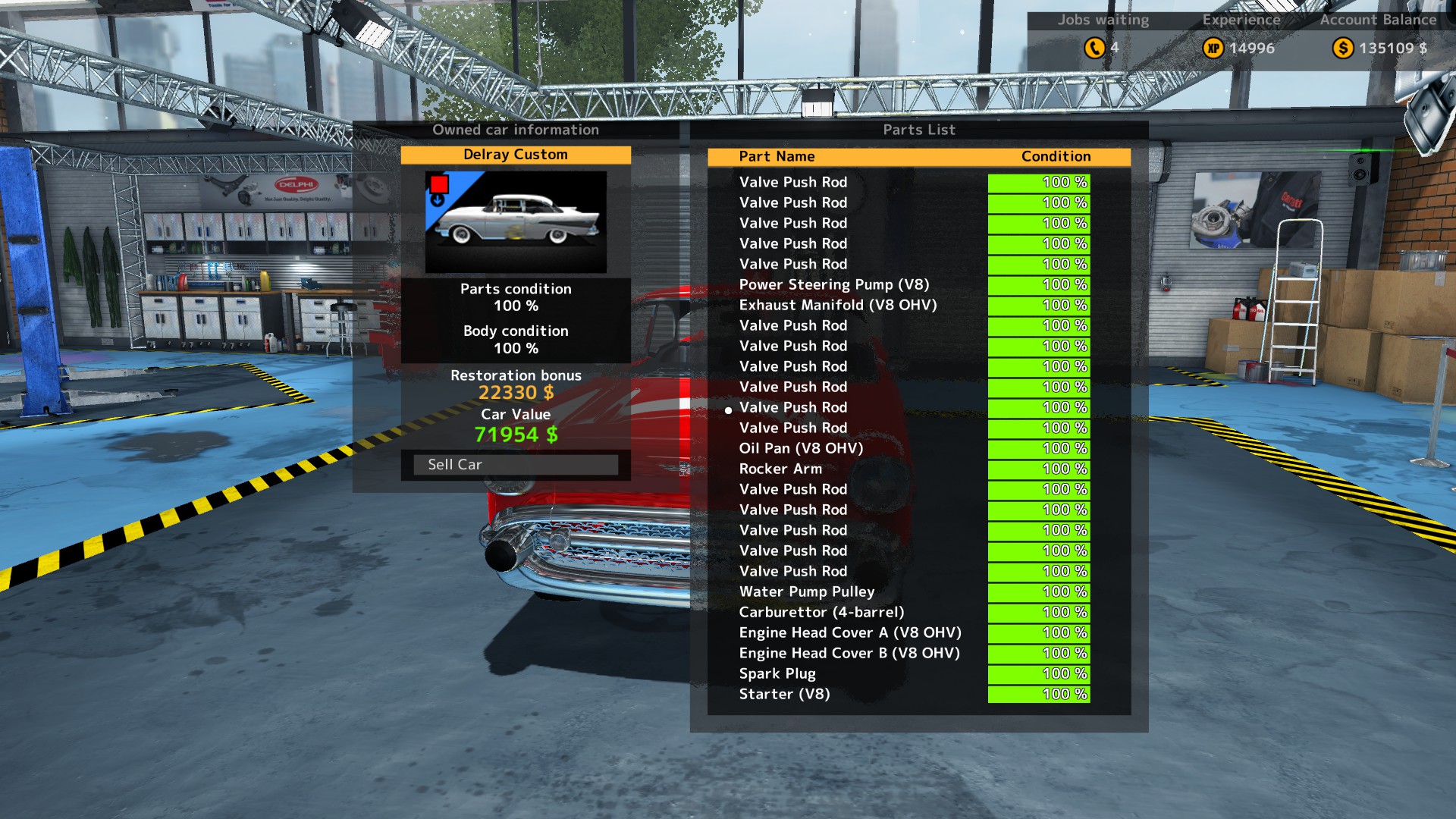 I’ve got about 17 hours in the game and I’m having fun.  That is what matters.  I’ve sort of shifted my game play from ATS to CMS2015, but will certainly get back to ATS, ETS2, Farming Sim, Flight Sim etc. etc. very soon.  Anyway, with approx. 17 hours invested in game play…I’ve managed to earn enough XP and cash to afford to unlock the external parking which allowed me access to the world of car auctions.  I believe it requires 9000 XP and $50,000.  So I actually waited until I had saved up about $80,000 before I actually unlocked the parking.  But with parking unlocked and about $35K, I headed to the auction house to buy my first car. 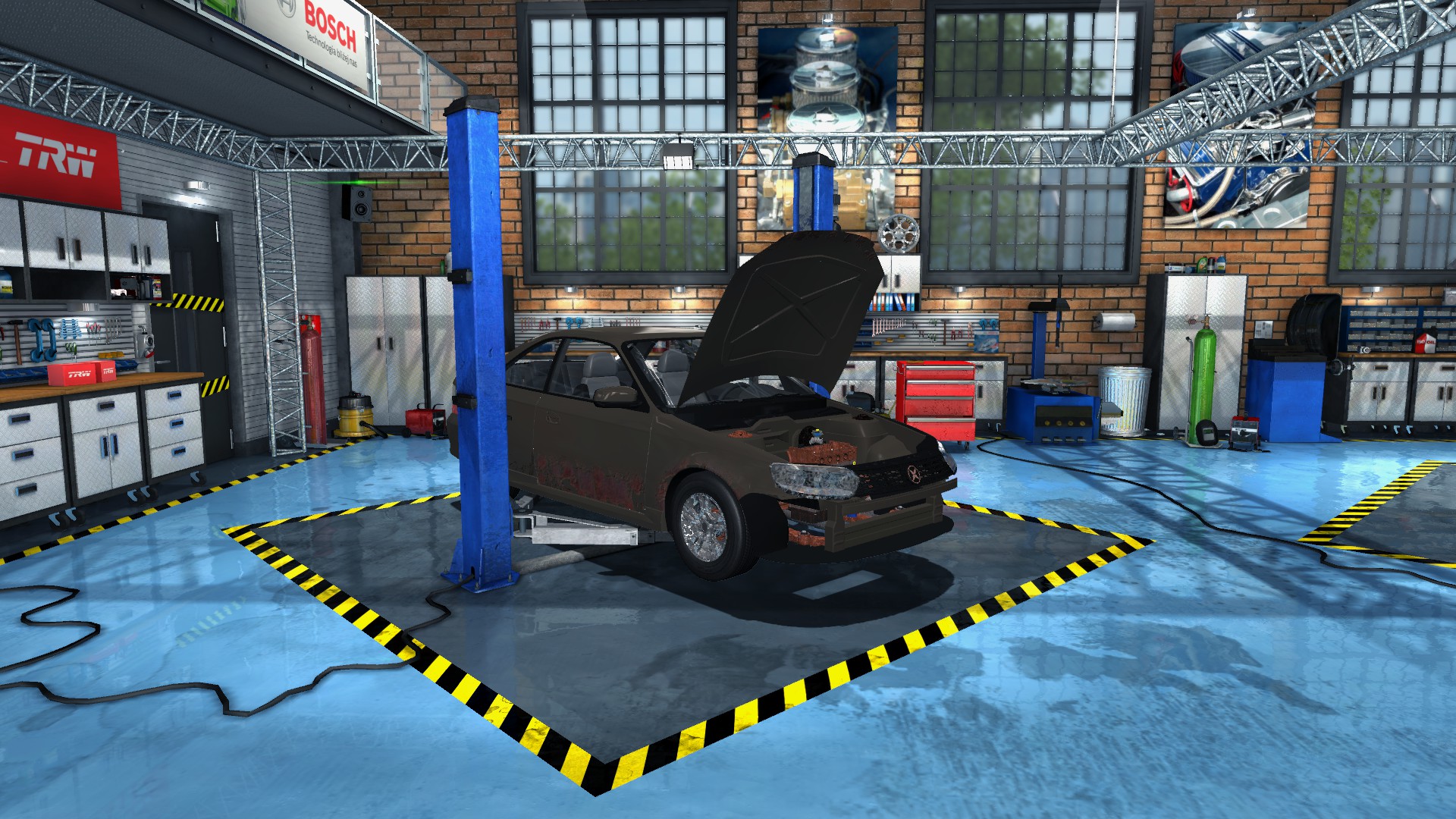 My first car purchase at auction. This is the Katagiri Katsumoto (Honda Civic Coupe).  A beauty, she’s not.  But the price was right.

With a limited budget, I decided I would not pay over $10,000 for my first auction purchase.  The first few vehicles that rolled by all went for well beyond my pre-set limit.  Then this little junker rolled by.  She’s not pretty to look at right now, but I’m hoping after I fully restore her to 100% she’ll fetch a nice price.

With almost 20 hours of game play (and some real world mechanic knowledge), I’m finding the teardown and rebuild of the various components to be much easier than when I first started the game play.  Of course, this is my first 100% teardown but I’m up to the task.  I’m hopeful with my maxed out repair tools that some parts will be repairable to 100% and the actual parts I must purchase will be minimal.  But you just don’ t know until you tear into it.

The tear down went fast and I was pleasantly surprised that many parts were repairable to 100%.  This is why it’s wise to dump all your XP points (1 per 1000) into the repair tools.  Skip the garage redesign until you make sure you max out the repair tools. 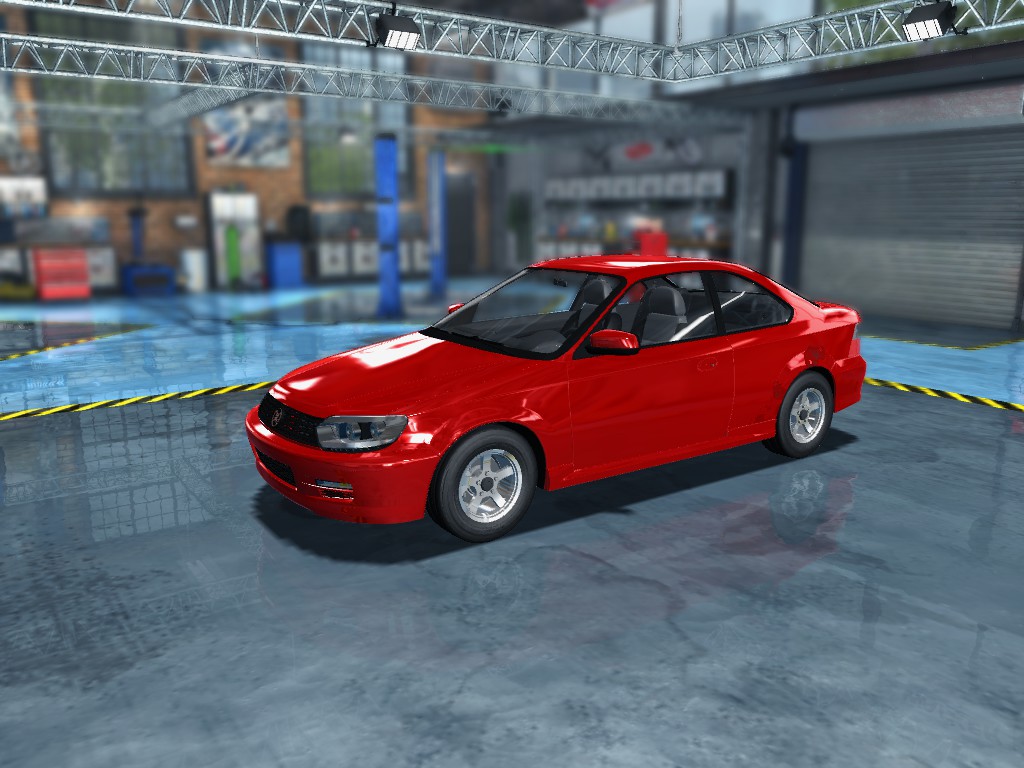 Here’s the after picture.  Not bad…

Was it all worth it?

My total profit would have actually been slightly more, but I accidentally purchased a few wrong parts.  I clicked my mouse a few times too fast.  But in the end it will balance out as these will be parts that I should be able to use on future jobs.  Also, as you can see in the picture above, there’s still some rust damage on the back part of the car.  I wasn’t sure how to fix that, but have since researched and figured out what I need to do next time.  All-in-all I had fun on this restoration.  I’ll take a few more customer jobs and then head back to the auction house real soon.