Essentially this is a USB enabled game pad which gives you 30 fully programmable keys and an 8-way thumb pad.  The primary use (for now) is with flight sim to control my camera views via the add-on Chaseplane.  Chaseplane is a great add-on which allows me to control my camera angles and create cinematic shots while I’m flying in Prepar3D.  But I do have plans to add a few extra key commands for Farming Simulator 17 and both American Truck Simulator and Euro Truck Simulator 2. 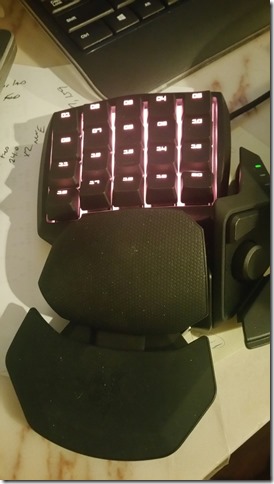 While there are many alternatives in the form of button boxes and other programmable controls, I felt this would serve me best for my intended use.  Of course your mileage may vary.