You’re traveling to your favorite destination, on your favorite airline in your favorite aircraft.  Upon landing the captain and first officer fist bump each other at the –23 landing rate which is displayed on the flight deck.  The captain makes an announcement over the PA and the entire airplane erupts in applause.

Now Back to Reality

Of course the above scenario doesn’t happen, so why do we as sim pilots place so much emphasis on this “landing rate” statistic?  What is a landing rate?  How is it calculated? What makes a good landing?  Sit back, relax and I’ll try to answer these questions and perhaps more during the course of this article. 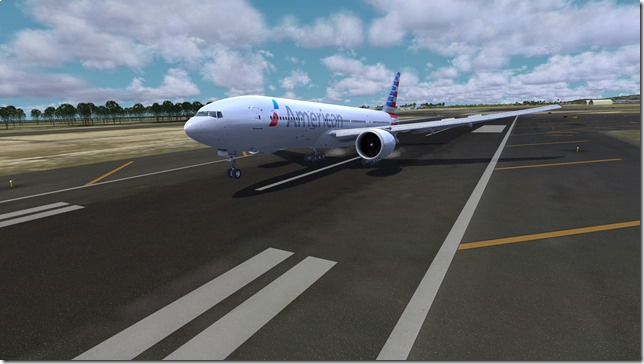 In general terms, when someone in the flight sim community discusses his/her or someone else’s landing rate, they are typically referring to the smoothness of landing by using the vertical speed (fpm = feet per minute) an aircraft is traveling at the time the landing gear touch the runway.  Within the flight sim community and especially within many of the virtual airlines (VA’s) this statistic is used as bragging rights and the top 5 or so “Best Landings” will be plastered on the homepage.  The calculated landing rate may also be used as a threshold to approve or deny PIREP’s (Pilot Reports) submitted by the VA’s members if the landing rate is above a particular number.

The Nuts and Bolts of a Good Landing

There’s a lot that goes into what is considered a good landing and the actual smoothness of a landing is really only one factor and I wouldn’t even classify that as the most important.  When landing, a pilot will always strive to touchdown as early as possible and within the touchdown zone.  This allows for the maximum distance needed to slowly and safely decrease the speed of the aircraft so the pilot can vacate the runway in a timely fashion.

Finally, yes…smoothness certainly does play an important role in the mechanics of a successful landing.  After all, we certainly don’t want to pay for any unnecessary aircraft repair bills and/or insurance claims from passengers requiring a chiropractor.  But there is such a thing as too smooth of a landing.

Aircraft touchdown mechanisms (especially tubeliners) that trigger the action of the spoilers and autobrakes will not activate unless a certain amount of pressure has been applied.  In other words, a smooth as silk landing most likely will not provide enough G Force to activate the spoilers and this can also have a direct impact on the effectiveness of the brakes when slowing and stopping the aircraft.  Finally, a super smooth landing will (in most cases) require a lot more runway as the aircraft floats and increases the roll distance.

Of all the above points which make up the nuts and bolts of a good landing, the various ACARS systems which calculate the landing rate in our simulators will still only use the FPM the aircraft is traveling at the time the landing gear touches the ground.  Note I didn’t say runway.  As the ACARS system will not penalize you if your landing is so technically bad that you’ve used the entire length of the runway just to get that super low landing rate which will earn you bragging rights up and down the virtual hallways in your virtual airline.

There is a quote which possibly sums up this article and it goes a little something like this.  “If you can walk away from a landing, it’s a good landing.  If you use the airplane the next day, it’s an outstanding landing.”

As for my own landing rates, well these numbers are as useful to me as frame rates.  Meaning, I refer to them only on occasion and really couldn’t care less about them all the other times.  On average, my landing rate in jet aircraft will range between –175 to –300.  It really depends on the aircraft.  The PMDG Boeing 737NGXu is my most flown aircraft and the one I feel most comfortable with.  The exact opposite can be said for the Airbus A319/A320/A321.  The ProjectFly app tracks all my flights and also logs my landing rate.  I’ve logged 336 flights in ProjectFly, totaling over 740 hours and my average landing rate is –211 fpm.  Which in my opinion is the sweet spot.

So if you want my advice, instead of striving for the super low, super smooth landing rate…instead focus on touching down in the touchdown zone with the aircraft as close to the centerline as possible.  When you can’t meet these conditions, then go-around and try again.  But don’t let some arbitrary number determine your landings.