Must Have Hardware Items for Flight Simulation

A few days ago I reviewed all the various options you have in choosing a flight simulation application.  I covered everything back to FSX and everything forward to Dovetail Games Flight Sim World, X-Plane and my favorite Prepar3D.

While some simulation game titles such as Truck Sim, Farm Sim etc. can be played with just a mouse and keyboard or even a slight upgrade to an X-Box style controller, the same really can’t be said for flight simulation.  Yes, you can certainly fly only with the keyboard and mouse, but I’m confident that you’ll find learning to fly much, much easier with a good joystick setup.  For me, flight simulation is more than just flying from point A to point B.  It’s the extra level of immersion which a good set of controls provide and the ability to improve my virtual flying skills with each and every flight.

If you are going to spend your hard earned money on a new flight sim application, then consider spending a little bit more and purchasing a good joystick.  From my early days with the Commodore 64 all the way up until approx. the late 90’s or early 2000 timeframe, that is all I used was a joystick.  A very good joystick at a reasonable price is the Logitech Extreme 3D Pro Joystick.  Amazon currently lists this joystick at $34.99.  The 3D Pro might be considered entry level today, but that hasn’t always been the case.  When I purchased my first 3D Pro (just a few years ago) it was over $100 and it also works well with Farm Sim.  The joystick will do everything you need it to do from controlling throttle, rudder, ailerons and offers buttons which can be easily programmed to control flaps, landing gear etc. 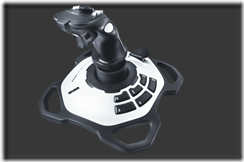 Of course, just like with everything else…there are many different options you have in the joystick department.  If you are looking for something a little more advanced then look into the CH Products Flight Sim Yoke and add the CH Products Pro Pedals for ultimate rudder control and precision landings.  The Yoke sells on Amazon for around $130 and the pedals for about $120.  The yoke offers a built in throttle, prop and mixture controls along with toggle buttons for flaps and gear.  Additional thumb control buttons can be programmed to suit your needs.  I’ve had my CH Products Yoke for well over 15 years and last year I replaced my pedals which had stopped working after about 12 years. 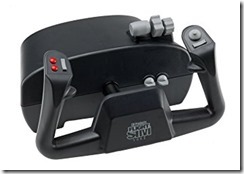 The CH Products Pedals can certainly be added at a later time. 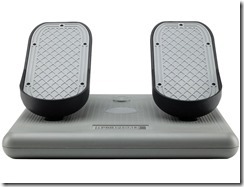 You still have many other cool hardware accessory items you can add to increase your level of realism and fun.  I’ll cover more of these in a later article.  The purpose of this posting is to provide you with a few examples to get you thinking.  I own and use these items in my setup and can tell you that if you take care of them, they’ll provide years of flight sim fun.

I’ve been searching for a way to enable BOTH my Logitech G27 wheel/pedal/shifter unit AND my Logitech Extreme 3D Pro Joystick in Farming Simulator 15.  I’ve worn Google out and have read through many forums.  I’ve also watched several YouTube videos.  Unfortunately, much of the information available is either in a non-English language or more geared towards FS13.  Some videos and forum threads discuss the need to edit the inputBinding.xml file and some even mention the need to install 3rd party software.  I’ve also read through so many comments from fellow FS15 enthusiasts who are so frustrated and fed up, that they just gave up on trying to get it all to work.

Let’s face it.  Giants SHOULD have done a better job implementing wheel support in FS15.  Simply put…I believe they dropped the ball.  If you are going to develop a driving based game and call it a simulator…YOU NEED TO OFFER WHEEL SUPPORT.  Yes, FS15 can be controlled via the keyboard or a simple XBox type controller.  Some folks are 100% happy with this setup.  However, if you want to take this game to the max and truly push the limits…(and feel good about calling it a simulator) then offer better wheel support like is offered in Euro Truck Simulator 2 or American Truck Simulator.

Now that we’ve got that all out of the way, I absolutely love Farming Simulator 15.  While I play a variety of simulation based games like the previously mentioned ATS/ETS2…I also enjoy Car Mechanic Simulator 2015, Train Simulator 16 and Flight Simulation (P3D).  At the present time I would have to say that Farming Simulator 15 is my favorite.  I believe it is my favorite because there is so much variety in the game play.  FS15 allows us to operate tractors, combines, front loaders, bale hay, manage livestock and of course chop trees down in forestry.

The operation of most vehicles in FS15 is pretty straight forward with the G27.  Press the gas pedal and the vehicle goes forward, turn the steering wheel and it turns.  However, the operation of other functions not so much.  For example, if you are operating the telehandler or the wheel loader…the operation of the front bucket is a little clumsy with the mouse.  Actually it can be downright frustrating.  Considering one spends good money on the G27, the need to use the mouse or keyboard to operate the front bucket really blows away the immersion you are attempting to achieve.

Most know the forestry aspect of Farming Simulator 15 is a very good way to generate a lot of money when first starting out on a new map.  But operating the crane to pickup logs to load the trailer with the mouse or keyboard is just as frustrating as I previously described.  Perhaps more so.

In the real world, these equipment functions are managed by pulling a lever or two and in some cases using a joystick (or two).  I purchase the Logitech Extreme 3D Pro joystick over a year ago in an effort to use it for handling the functions of operating the front bucket or grabbing logs.  Unfortunately I just couldn’t get it to work alongside my G27…..UNTIL NOW!!!

As I mentioned at the top of this piece, I’ve searched, I’ve watched and I’ve read in an effort to make this work.  I’ve started threads on many of the popular FS15 forums asking for assistance…and basically heard nothing but crickets.  So in an effort to assist others who may find themselves in my situation…I’ve decided to document what I did to get both my Logitech G27 and Extreme 3D Pro Joystick to work in Farming Simulator 15.

The video below is just a little over 12 minutes long.  In this span of time I demonstrate what I did to get my hardware working.  During this video I setup the basic assignments for the wheel, pedals and joystick.  Both the G27 and the joystick unit offer many buttons which can be programmed in the same manner I demonstrate in the video.  You just need to decide what you want programmed.

Thank you for watching this video.  It is my desire to help as many people as possible.  Please share!  Also please visit my blog site Planes, Trains & Automobiles (and Farming Too!) for more helpful how-to articles, mod reviews and other simulation adventures.  You may also Follow Me on Twitter.

Happy Farming (with a Joystick)