I’ve been doing a lot of auction rebuilds in recent days.  I’ve even streamed a few of these on Twitch and have made available the recorded video/audio if you care to watch the play-by-play action.  You can view that video at the bottom or go directly to YouTube and watch.  I’ll try to make this a normal feature with these rebuilds.  But I’ll tell you upfront that the video is not going to be heavily edited.  I just don’t have the time.

I’ve lost count on the actual number of cars I’ve purchased at auction, rebuilt and sold.  However, this is my first Ford Mustang and it was a lot of fun.  As I explain in the video, one of my best friends from high school rebuilt a 1960 something Ford Mustang.  I did the same with a 1964 Chevy Step side Pickup.  Hopefully the 64’ style Chevy pickup will be made available at some date in the future for CMS2015.  That would be an awesome build.

The overall condition of the car was not quite as bas as shown below.  I began stripping the body panels before I remembered I wanted a “before” picture.  I just couldn’t be bothered to put all the panels back on the car. 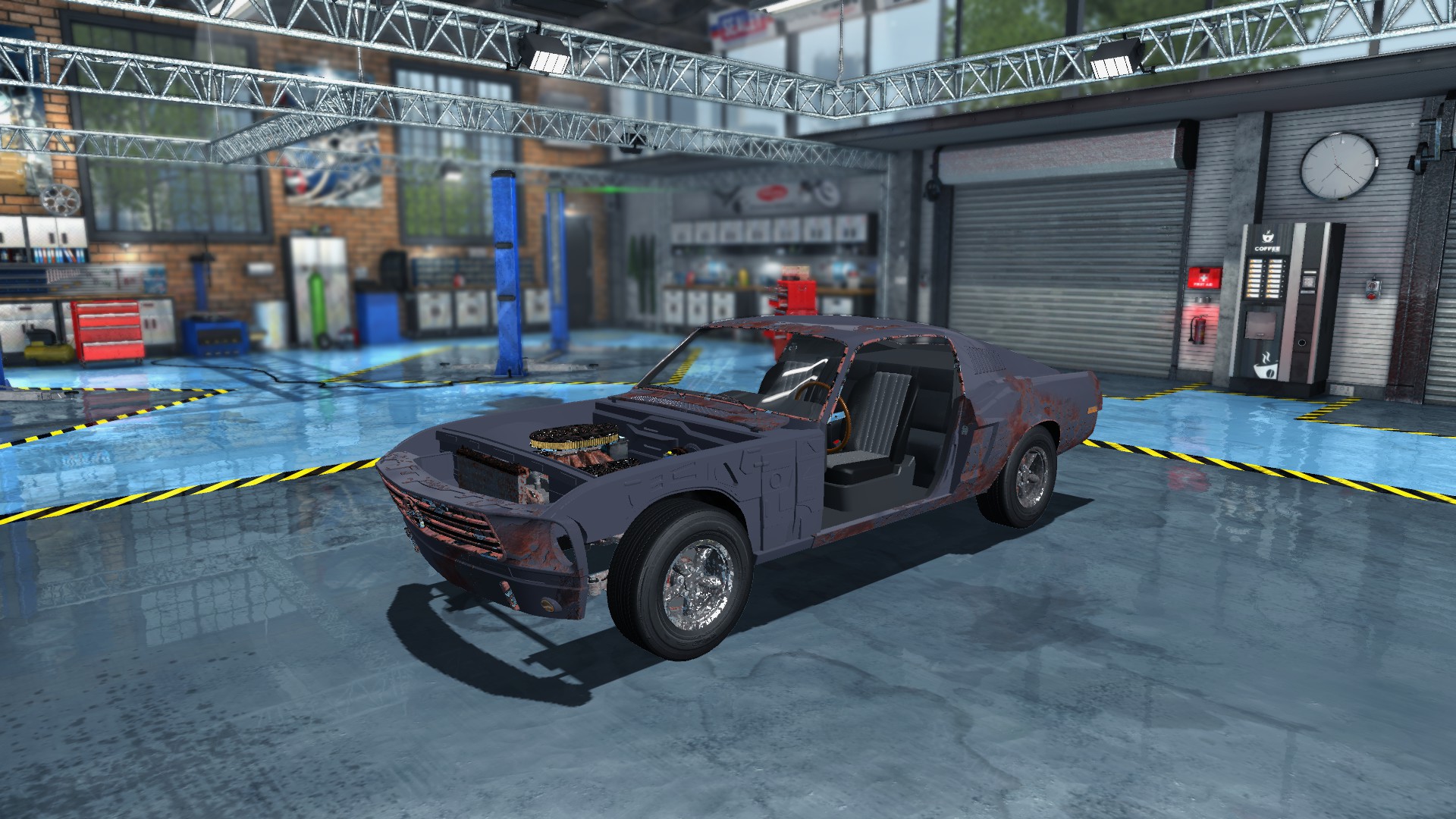 Again, I was mostly lucky in the fact that so many parts were repairable.  Big ticket items like the engine block, crankcase, rear end etc. were all repaired to 100%.  This helped keep my cost of parts down.  But I did splurge on a custom paint job and custom rims ($900 each).  The yellow paint color was a suggestion from one of my Twitch viewers.  I think it turned out great. 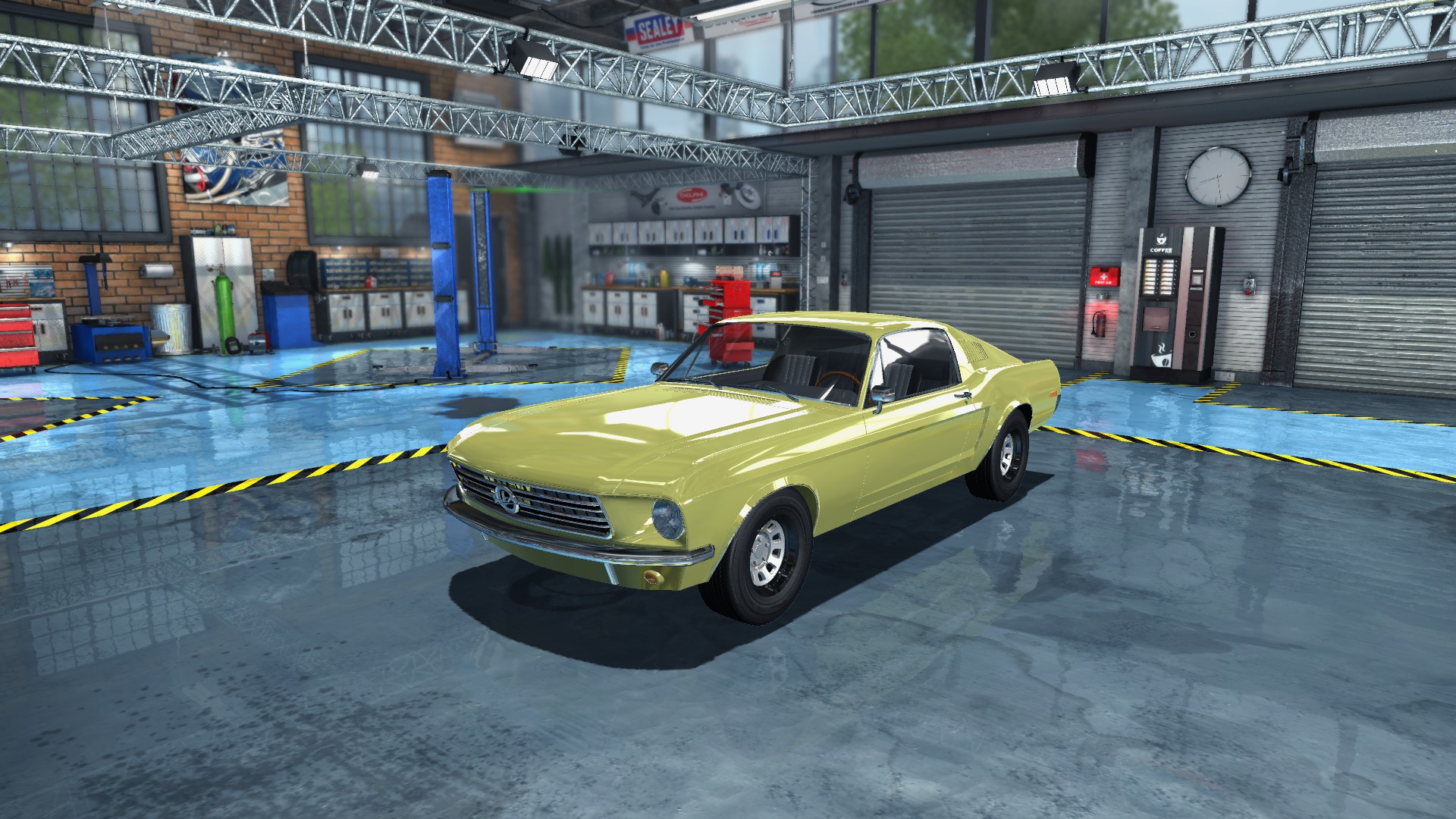 As with all my auction rebuilds, I tear down all parts and restore the car to 100% condition on both parts and body.  That is just how I roll…. 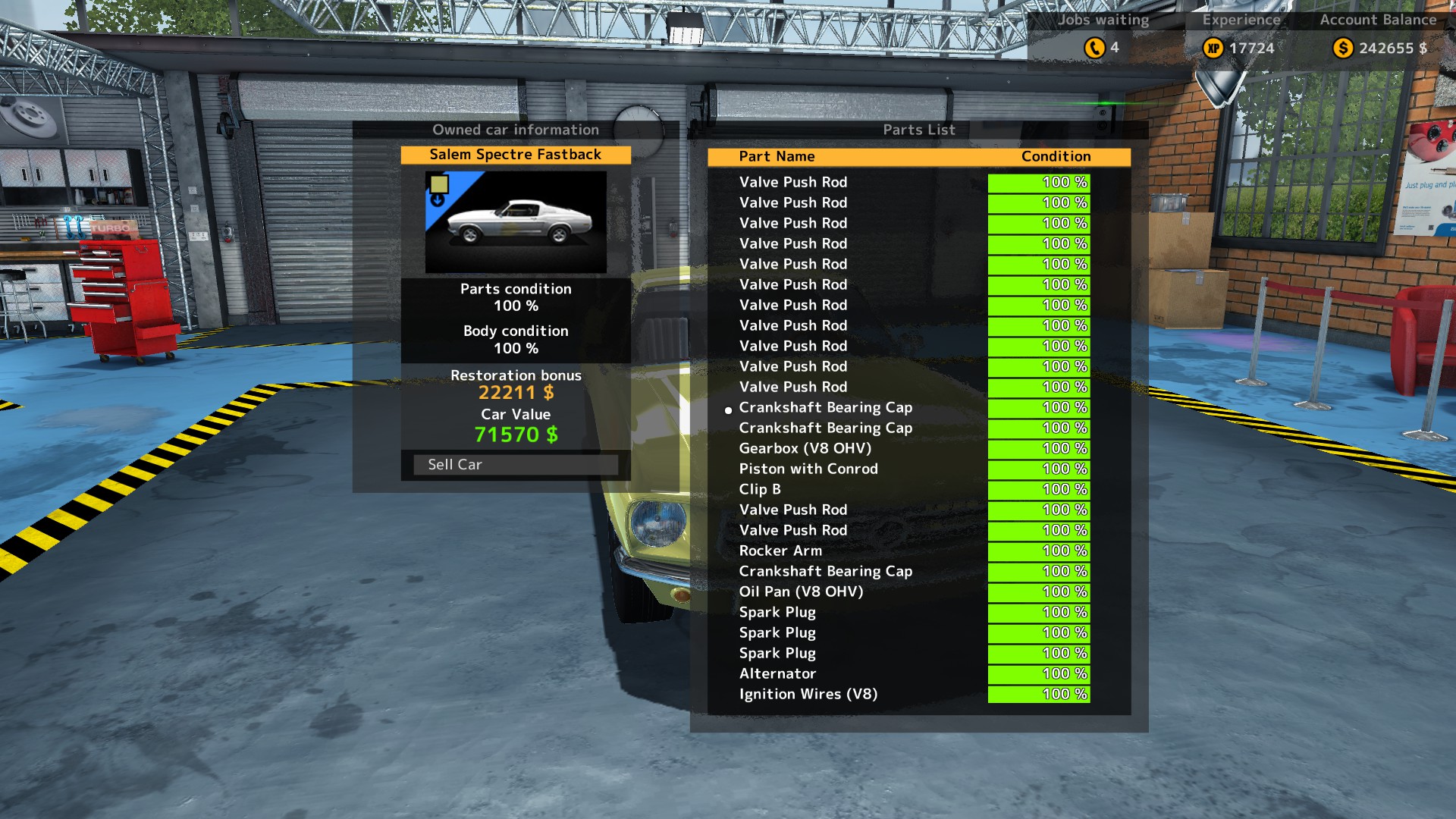